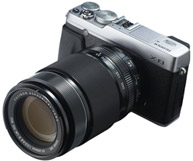 The contest starts from July 22 and runs until September 2. It is open to all overclockers with ASRock 8 series motherboards and Intel 4th Generation CPUs. The total prize is worth more than USD $12, 000 dollars and the final champion of each event will be awarded with a top prize ranging from $2,600 to $3,100 dollars value. Any entry that breaks the world record will be awarded with an additional USD $1, 000 cash prize. With the grand prize and the collective effort from Intel, Kingston, Antec, Nvidia and Gainward, ASRock 8 Series OC COMPETITION will be the most anticipated OC event for global hardware enthusiasts.

With the powerful Z87 OC Formula series motherboard, you can be the next world OC champion by beating OC Master Nick Shih’s unprecedented records and win an additional USD $1, 000 cash prize if you break the world record in ASRock 8 Series OC Competition!

ASRock Inc. is now the world’s third largest motherboard brand with headquarters in Taipei, Taiwan and branches in Europe and the USA. Driven by its passion for innovation, the young and vibrant company has achieved many world firsts with its motherboard designs. With its 3C design concept, “Creativity, Consideration, Cost-effectiveness”, ASRock has earned a reputation for quality and reliability in the entry and mainstream segments. ASRock is committed to environmentally friendly manufacturing methods.