“The Popularity of Hyper-casual Games would not only increase, but double in next 2-3 years” 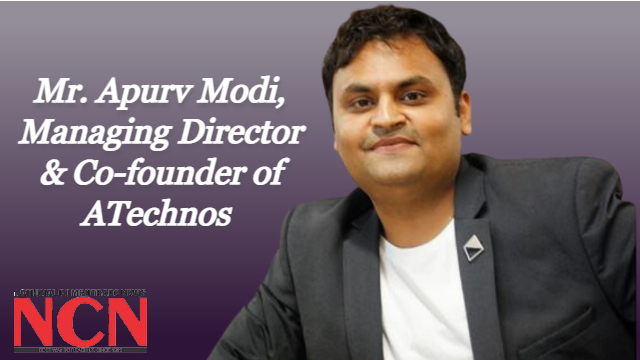 While playing a game, most gamers look for a good storyline and immersive visuals. Hyper Casual games, on the other hand, place a strong emphasis on the polar opposite. They have little to no backstory or structure, but they are short games that can be completed in under a minute. In an interaction with Mr. Apurv Modi, Managing Director & Co-founder of ATechnos  about the popularity of hyper-casual games in India and its future trends.

What are the current trends of global video game in India Vs globally?

The worldwide gaming industry was worth USD 173.70 billion in 2020, and it’s predicted to grow to USD 314.40 billion by 2026, with a CAGR of 9.64 percent between 2021 and 2026. People are staying at home due to the nationwide lockdown, and others are turning to gaming platforms to pass the time. In terms of web traffic, these sites are drawing hundreds of thousands of new visitors. Recently, video gaming has seen a significant increase in gamers and revenue. Microsoft, Nintendo, Twitch, and Activision have all surpassed previous levels of player investment. Microsoft announced in April 2020 that Xbox Game Pass, a Netflix-style subscription programme, has surpassed 10 million customers.

Gaming used to be a continuous trend in the West, but with the emergence of a serious following among the youth in India, the gaming fever has spread. In fact, gaming is now regarded as one of India’s most lucrative commercial sectors. Aside from traditional video games, fantasy sports and sports leagues receive a lot of attention. The trends that are likely to play a vital role in shaping the gaming industry by 2021 in India. Here it is the Arrival of 5G; Mobile Gaming; Cloud Gaming; Augmented & Virtual Reality (AR & VR) and  Acceptance as an Art Form.

Gaming is described as the activity of playing electronic games on a variety of devices, such as computers, mobile phones, consoles, or another media entirely. High-speed internet connections are becoming more common, especially in emerging nations, allowing more people to participate in online gaming in recent years.

The gaming market is expanding as per capita income rises, interest rises, and the number of dual-income households rises, all of which contribute to the worldwide market’s development. With the increased use of smartphones and consoles, as well as cloud penetration, the market has a bright future.

Which are the most popular categories of hyper casual game?

Some of the most popular categories of hyper-casual games are:

Helix Jump: Voodoo, one of the best mobile video game publishers, has released a smash hit.  Allow the ball to descend by rotating the axis. It may appear to be overly basic, but that is the case. The notion is simple but difficult at the same time. It’s sometimes difficult to put the game down, and you always want to play again. So make sure you don’t miss your station!

Bridge Race: Run around like a crazy person collecting blocks of your colour to create your bridge. But don’t leave it to others to finish what you’ve started. In this fast-paced, hyper-casual game, you can ruin other players’ stacks by colliding with those who have fewer bricks than you.

Fun Race 3D: Have you seen the TV show American Ninja Warrior? You’ve figured it out. You must cross the finish line ahead of your competitors. The race has several obstacles, but the controls are simple: tap to let your character run, then release to halt. Playing against your friends makes the game more competitive, but winning always provides you a lot of joy!

Crowd City: In this game, you command a crowd that spreads throughout the city, and you must enlist the help of others to build an even larger crowd. Isn’t it a little perplexing? Surprisingly, the gaming procedure matches the genre perfectly all you have to do is control the crowd’s movement. Although the concept is intriguing, the picture is far from ‘excellent.’

The Tambola.com: The Tambola is a game being played online. In India, Tambola has gotten more popular. For decades, old ladies and housewives have played it at family gatherings and kitty parties with the same social flair. Many Indians still use Tambola as a method of engagement, whether digitally or through OTT, Ecommerce, Marchant Payments, and other channels.

Why Hyper Casual is gaining popularity in India?

The main reasons are its simplicity. When it comes to skills, such games are unquestionably more accessible. This means that you don’t have to be an expert gamer to enjoy these video games right away. It rapidly grabs your attention and becomes incredibly addicting after you get familiar to the major techniques. This characteristic appeals to a wide range of people. Despite the fact that such games’ graphics are generally above average, they are nonetheless widely played on mobile devices. This also demonstrates that it has a high percentage of longevity and retention.

To attract consumers, games must have incredibly compelling gameplay. This rule is not always followed by the ultra casual. They are fascinating enough to keep the replayability level high, but they do not adhere to the plot-heavy norm. Gameplay is defined as the plot, mechanics, game rules, and sound effects of a video game, as well as the user experience it provides. To keep consumers engaged, hyper casual games must be visually appealing.

99 out of 100 times, the finest games you want to play are released under the free-to-play model. When a game is free to play, it has a larger audience and can easily reach people of all ages. Thousands of free video games are available on the Google Play and iOS platforms. As a result, the more accessible the game is, the more popular it becomes.

During the pandemic how the hyper-casual game performing in the market?

For months, the Pandemic brought with it work from home and stay-at-home orders all around the world. Even though many worked from home, they still had ample free time to play online games. Since the advent of the global pandemic, the internet gaming industry has grown by at least 75%. People were also spending less money outside the home on food, entertainment, and drinks, resulting in a higher profit margin. They were prepared to buy games online and put their time to good use.

During the lockdowns in India, there was a surge in acceptance and the growth of hyper-casual gaming grew by 45 percent. With over 50% growth in new paying customers, India has emerged as one of the world’s fastest-growing gaming markets.

Friends and family members turned to social gaming to keep in touch. Players are also embracing the trend of playing games, with over 60% of gamers preferring games with simple strategy and action. All they want is a lot of fun and amusement, as well as a way to pass the time. Many games use a timer to give players a sense of success when they win a competition. For a limited time, users can immerse themselves in another world or character.

Where do you see hyper-casual gaming market in next 2-3 years?

Since the year 2018, hyper casual games have accounted for the majority of the gaming market and have seen phenomenal growth. These games may lack sophisticated designs and intricate gaming mechanics, but when compared to other tough games, they have a very high retention rate. In India, hyper casual games experienced a tremendous growth rate in the first quarter of 2020, with downloads and app engagement reaching new highs. From December 2019 to March 2020, the number of game installations increased by 103%. Apart from the new installation, the amount of time users spent playing these games grew by roughly 72%.

Hyper casual games can have a great future as they are easy to build and play and they also have a huge audience base and are highly profitable. The hyper-casual gaming industry in India is worth INR 91 billion currently and it is projected to reach about Rs 187 billion.According to gaming experts, the popularity of hyper-casual games would not only increase, but double in next 2-3 years.Since January 2021, 17.6 million hyper-casual game installations have been seen daily, accounting for 12.5 percent of all net game installs.