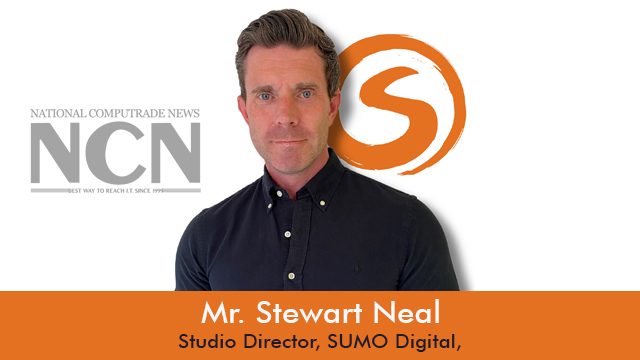 In the last few years, gaming has become one of the fastest-growing industries in India. From the days of playing Tetris on the computer to implementing AI in GTA5, the gaming industry has always been at the forefront of innovation and progress. After the times of the PlayStation 2 and the PSP, consoles have waned in popularity year after year. SUMO SDigital, a British video game developer headquartered in England. Since 2003 Sumo Digital has grown from a team of 13 people to 10 international studios & running their Indian operations in Pune. In an exclusive with NCN, Mr. Stewart Neal, Studio Director, SUMO Digital, explained about the console gaming industry and the future prospects of gaming industry in India.

How is the gaming industry shaping up in India?

With the launch of Jio 4G and Internet penetration, gaming has become one of the leading industries in India. As a result, we are now seeing that a lot of people have started playing games as a means of entertainment, contributing to the huge success of PUBG and many other mobile titles. According to the latest reports from KPMG, there are some key differences between India and other more established markets. For example, what is known as the “casual gaming market” in India is overwhelmingly focused on mobile gaming, with only 9% of gamers playing on PC and just 4% on consoles.

India is currently a mobile-driven gaming market, but we see huge potential in terms of console game development. Indian programmers, artists and designers at Sumo Pune continue to work across numerous AAA titles and there is a huge growth opportunity for the creation of localised development hubs.

Similar to the rise of Bollywood in the 1950s and 60s, the games industry is seeing an increase in interest, opening up the wider perception of games as a means of expressing art, culture and values.

Market size of the online gaming industry across India from 2011 to 2020, with estimates until 2023(in billion Indian rupees) 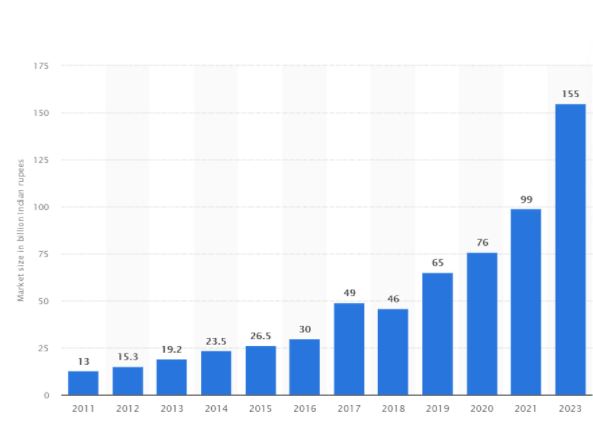 How India familiarizes itself with mainstream games?

India is a young country, with over 75% of the population under the age of 45, making it one of the largest potential markets for gaming in terms of volume. The increase in urbanization will further fuel the large scale growth of gaming.

The most popular way to discover mainstream video games within India is through either social media or through traditional news outlets.  Watching game trailers and following both Indian and Western media outlets for news online has become the main source of discoverability, and can build a lot of interest in not just mobile titles, but AAA games too. Interest is slowly growing in other areas such as trade marketing, event presence and TV advertising, but is far behind the online social media powerhouse driven by the gaming community.

What is the current scenario of console gaming industry in India in compare to Western countries?

India skipped a generation of gaming (PC and console-based games popular in developed markets like Japan, South Korea, US, UK) and took to mobile gaming because of significantly lower entry barriers in hardware and gaming titles.

Of the Indian gaming community, only 4% are into console gaming currently where Playstation owns the major market share with 85.43%, Xbox at 14.53% respectively

Regional differences below, India follows the majority of trends seen in the APAC region.

Only 4% and 9% of Indian gamers are currently into console gaming and PC respectively, whereas 87% are into mobile gaming. In North America, the figure is into 24% and 31% for console & PC respectively and in Europe, it’s 17% and 40%. This itself is a huge difference which shows how much an Indian gamer is into mobile. 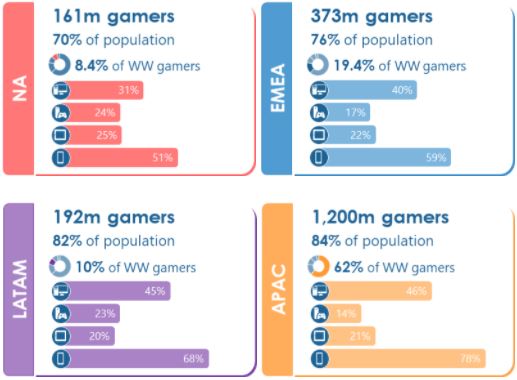 Why is the Indian gaming industry witnessing a paradigm shift from console gaming to mobile gaming?

Gaming has become a mainstream mode of entertainment, driven by multiple contributing factors including increased smartphone penetration, internet access, a very young population and the adoption of digital payments.

At its peak, PUBG Mobile had an estimated 34 million Indians playing daily. Indians alone were responsible for downloading the game a whopping 175 million times.

We see a future where we could witness a paradigm shift from mobile gaming to console gaming as audiences mature. The rise of cloud gaming and subscription services will be a key factor to consider, as we have seen with the rise of all OTT platforms in India especially during lockdown with the film industry, particularly as more console exclusives make their way to PC/ Cloud services.

How is India becoming a host of console gaming developers?

As developers within the Indian gaming industry for the past 13 years, we know that India has a huge talent pool. There are a lot of programmers, designers and artists who are extremely talented, but are not getting access to a platform to showcase their skills and expertise. The teams at Sumo Pune have worked on many award-winning titles across multiple platforms, including Sackboy: A Big Adventure which earlier this year received 2 BAFTA Game Awards. The level of talent we see within our Pune studio only reaffirms further our commitment to the growth of the industry in India.

According to your viewpoint, what are the future prospects of console gaming industry?

Cost and availability of hardware will be crucial, paired with home broadband access for a gaming community with a high percentage of online gamers. Fixed broadband penetration is expected to grow at a moderate rate over the next five years to 2024 and will be impacted was by the presence of Jio Fiber within the wired broadband space.

The rise of cloud gaming and subscription services will also be key factors to consider, as we have seen with the rise of all OTT particularly as more console exclusives make their way to PC/ Cloud services.

How COVID-19 makes an impact on gaming industry?

The first nine months of 2020 saw India rise to the number one spot in mobile game downloads worldwide, clocking 7.3 billion installs and raking in a 17% market share of the installs volume, as per SensorTower’s data. In line with games industry trends in other markets, the nature of the gaming industry has allowed for significant growth during the last 12 months.

In terms of reasons for growth, it’s safe to say that being able to play online with friends and collaborate with users across the world has really offered that missing sense of human connection during the pandemic. Alongside the immersion video games can offer, being able to jump into the latest release has provided many of us with a much needed break from the real world over the past year.

Our Pune studio switched to working remotely in response to COVID 19 and we implemented a series of support networks to ensure our team were able to work safely and efficiently from home. As part of this, we also hosted multiple online get togethers to bring the team closer. We’re looking forward to reuniting in person with the team as soon as possible, but these virtual gatherings are something we think we’ll be re-visiting even when back in the studio!