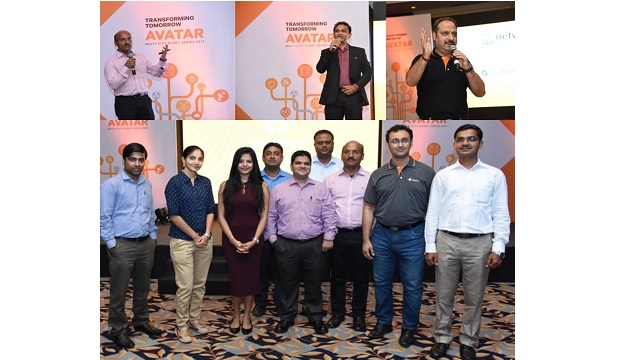 Vertiv, formerly known as Emerson Network Power, rolled out its multi-city ‘Avatar’ event series in association with its partner Network Techlab to connect with its current and potential customer base in India. The event series launched at The Leela Mumbai, on April 28, 2017 was attended by over 100 esteemed customers and Vertiv sales, service and channel team members.
Vertiv hosted the second chapter of this series at The Leela, Chennai on May 10, 2017. Upcoming chapters will be held at The Leela, Bangalore on May 24, 2017, and at The Hyatt Regency, Kolkata on May 26, 2017. Vertiv will take its new Avatar event series to tier-1 metro cities this quarter, followed by upcountry tier-2 cities next quarter. These events will unveil Vertiv next-generation solutions from its Liebert®, Avocent® and Smart Solutions product portfolios.
The April event witnessed a keynote speech by Sanjay Zadoo, India country channel manager, Vertiv who highlighted the company’s ability to scale new heights, streamline and simplify processes and structure, and strengthen its position as an industry-leading infrastructure provider. Sanjay Zadoo reiterated the company’s commitment to the Indian market by saying, “Through the newly launched products, we want to demonstrate the agility and thought-leadership that Vertiv brings to the Indian market. Together we intend to showcase the availability of energy-efficient solutions that will change the way businesses address their data center needs.”
Lauding this initiative, Haresh Gada, director, Network Techlab said, “We have been associated with Vertiv for over a decade and are thrilled to partner with them for the Avatar event series. Vertiv is committed to customer-centric, future-ready, chip-to-grid solutions and Network Techlab echoes this commitment. ”
Adding to this, Gopakumar Ambujakshan, India director of product management, Vertiv said, “We’ve marched into 2017 with the goal to build upon our heritage as Emerson Network Power with an underlying focus on operating with the agility of a startup. We hope to connect with all our customers through these events and showcase our cutting-edge cooling, monitoring, power, and smart solutions we’ve launched to support this vision.”