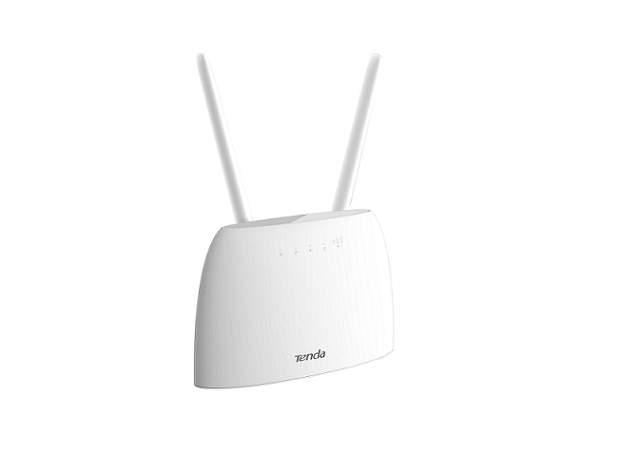 Tenda launched 2 new wifi routers, 4G06 and 4G03, to facilitate data connectivity on the 4G/4G + LTE network. Each model is outfitted with the SIM Card slot and is compatible with all network providers in India.

Tenda 4G06 speaks to the ideal gadget as it support VoLTE (voice over LTE) , its go for device for the individuals who need the Internet part and the voice part, which facilitate you to associate a cordless telephone to the router through a dedicated RJ11 port and build up voice approaches LTE (4G) network of preferable quality over in the past likewise because of the more extensive range of band.

The setup is finished by two inside Wi-Fi reception apparatuses devoted to the single 2.4 GHz band (300 Mbps), two Fast Ethernet LAN ports, one of which is WAN, the opening to have the SIM card and two removable radio wires committed to 4G LTE network.

Speaking on Tenda 4G03 N300 WiFi 4G router delivers maximum speeds of LTE CAT4 150 Mbps, you can enjoy uninterrupted HD movies, rapid file downloads, and smooth video chats. With LTE Advanced signal coverage for best performance and allows you to receive Internet access without cable & fiber, it is the ideal choice for remote areas such as rural and suburban ,temporary store, holiday home ,giving devices ability to access to the Internet wherever and whenever the user is located. Thanks to a powerful 880MHz and 28nm processor, it shares the Wi-Fi up to 32 devices base on dependable network. 4G03 doesn’t have external antenna and RJ11 port like 4G06.

Speaking on the launch, John Dong, Director, Tenda India, commented, “Indian sub urban and rural consumer in small offices and Home (SOHO) are adapting online facilities Thanks to Digital India campaign. We at Tenda India are determined to facilitate our customers with gadget which makes their life easy. Tenda 4G06 and 4G03 is for dreamers in remote who wants stable internet anywhere anytime.”