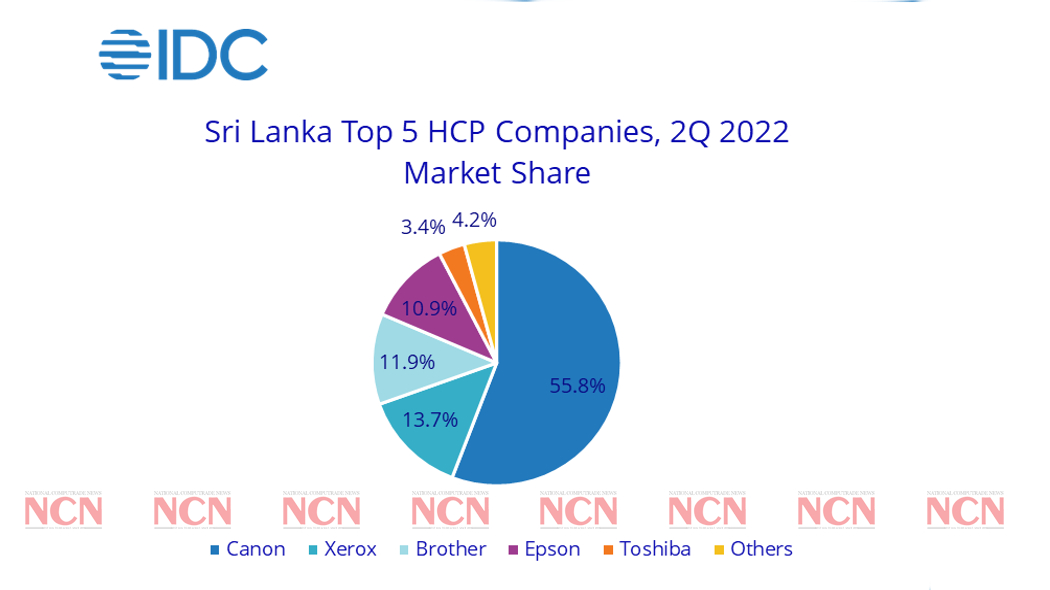 The inkjet segment declined YoY by 86.3% due to low stock availability. From a QoQ perspective too, the segment declined by -77.4%, as most of the vendors decreased their shipment to Sri Lanka, especially HP Inc. The demand from the home segment continued to drop following steep inflation and lack of necessities amongst the consumer population.

The laser segment (including copiers) recorded a YoY decline of 59.1%. The commercial segment continued to struggle with the spiraling economy. Corporates maintained the descaled operations of their offices. Multiple SMBs and SOHOs shut down operations leading to overall decreased demand from the commercial segment. The laser copier-based segment observed a YoY decline of 46.3% as the largest player in the market, Toshiba, reduced its shipment to the country, following a significantly reduced demand.

“While the shipment of the overall inkjet printer segment declined drastically over the year, ink cartridge’s market share reduced significantly as Epson’s ink tank portfolio captured the gap created by HP’s low shipment volumes. This demand is primarily coming in from the small office-home office (SOHO) and SMB segments as the consumer demand remained muted through 2Q22 owing to the severe economic crisis. As a result of the severe stock crunch with the vendors, the share of multi-function inkjet printers decreased in both, the ink cartridge and ink tank category,” says Bani Johri, Senior Market Analyst, IPDS, IDC India.

Canon recorded a YoY decline of 65.6% and occupied the first position in the overall Sri Lanka HCP market, capturing a unit market share of 55.8%. In the inkjet segment, Canon observed a YoY decline of 80.9% as it struggled with stock availability. In the laser segment (including laser copiers) Canon moved up to the first position with a market share of 65.4% while declining YoY by 58.1%. In the laser copier segment, Canon declined by 4.5% YoY and maintained its second position in the copier segment with a 34.0% market share after Toshiba.

Brother occupied the second position in the overall HCP market with a share of 11.9% and a YoY decline in the shipment of 37.3%. The decline was led by the Inkjet printer segment, wherein Brother declined by 41.1% YoY, with a market share of 15.8% as Brother noted decreased demand from the SMB and SOHO segments that are its target audience.

“Even though Sri Lanka declared bankruptcy in 2Q22 the economic and business scenario is not likely to improve till around the end of next year. It is only by then that we can expect the commercial demand for printers and copiers to improve and by the mid of 2023 for the demand for printers to revive from the consumer segment,” adds Johri.