The Indian arm of one of the fastest-growing global blockchain technology giants, Belgium-based SettleMint, announced the culmination of a pilot project with ITC Agri Business. In the two years of beginning operations in the country, SettleMint has made significant progress and taken rapid strides towards the enablement of blockchain adaption in India and the pilot project with ITC Agri Business is a testimony to that effect. 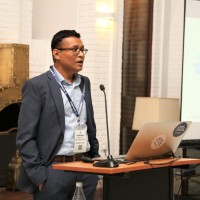 “Being one of the simplest and fastest blockchain solution providers in the world, we were able to demonstrate the path to leveraging the benefits of blockchain technology via this project. The incredible adoption of this technology across sectors, the world over, augers well for India, as more and more sectors are likely to implement blockchain and reap its benefits,” added Mr. Fatmi

ITC Agri Business is one of the leading domestic players and exporters of numerous agricultural commodities and its unique strength is the extensive backward linkages it has established with the farmers. The leadership position of ITC’s Agri Business is anchored in its strong and enduring relationship with farmers across the country, which has revolutionized the agricultural sector in rural India.

“We are pleased to work with Settlemint on this game-changing technology for the agri-tech sector. Blockchain will unlock high-resolution commercial data sets to the agricultural community, leading to accelerated and improved data sharing between upstream and downstream entities and providing for the synchronity in value chains.” Says Mr. Rohit PajniFrom ITC – ABD

Elaborating on some of the benefits of using blockchain for firms dealing in agriculture Mr. Fatmi, said’ “Linking procurement and payments for commodities as well as upstream and downstream supply chain integrations are some of the benefits that would enable end-to end-transparency in the value chain, especially with the farmers across the country. Visibility through the supply network, increased robustness, and ensuring sustainable practices are some of the other advantages of blockchain for agri organizations,” added Mr. Fatmi.