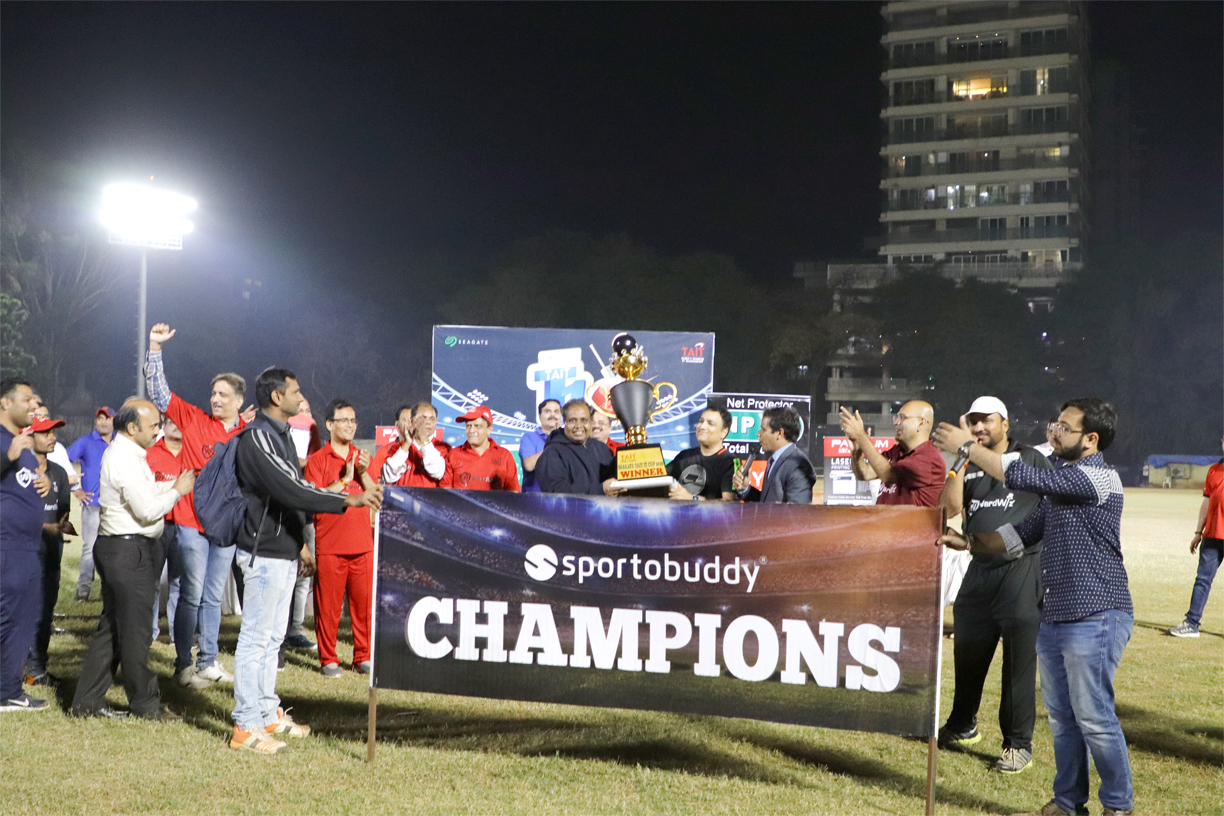 It was the Day & Night tournament of 10 Overs Matches. Excitements were seen all around the IT fraternity, in Mumbai and across. In a closely fought tournament, nine teams participated for the most coveted IT Cricket Cup, which was divided into three groups of three teams in each group.

Some of the Unique features like Rapoo Ball in Every Overused to turn the matches around.  Like every year this year too, TAIT had made elaborate arrangements for all the Cricketers and spectators for Refreshments and Dinners as well as various other attractions. All the matches were being webbed cast Live on YouTube platform for those who could not come to ground but were eager to see their favourite team playing.

Prizes for Every Four and Sixers, For Every Wicket, For Man of the Match and so on were given by Various brands like BPE, Suresh Computers, D-Link and others. Apart from this TAIT cup has received overwhelming support from the leading tech brands like Hikvision, WardWiz, Philips, AOC, ViewSonic, SecureEye, Pantum, Brother, Samsung, Creative Peripherals, BPE, Ant My ERP, GM Modular, HP and VXL Technology.