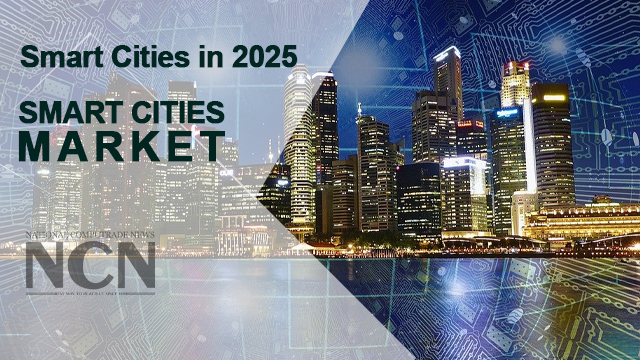 The global smart cities market was valued at $517,629 million in 2017 and is projected to reach $2,402,123 million by 2025, registering a CAGR of 21.28% from 2018 to 2025.Thetechnology for smart city has been widely adopted in recent years to improve public safety which can range from monitoring areas of high crime rates to improving emergency preparedness with sensors and many more.

The smart infrastructure segment dominated the overall smart cities market share in 2017 due to its significant adoption of security and transportation solutions among its users. Moreover, smart energy is expected to attain the highest growth rate during the forecast period. 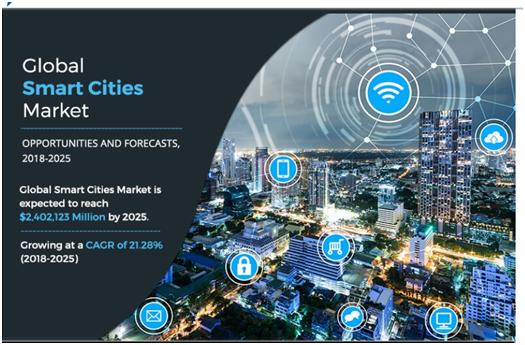 North America governed dominated the overall smart cities market in terms of revenue in 2017 due to significant adoption of smart cities solutions supported by high ICT spending among government organizations and high demand for connected solutions across the region. However, Asia-Pacific is expected to witness the highest growth rate during the forecast period due to the factor such as rise in IT spending supported by government initiatives in emerging economies such as China, Singapore, India, and South Korea. 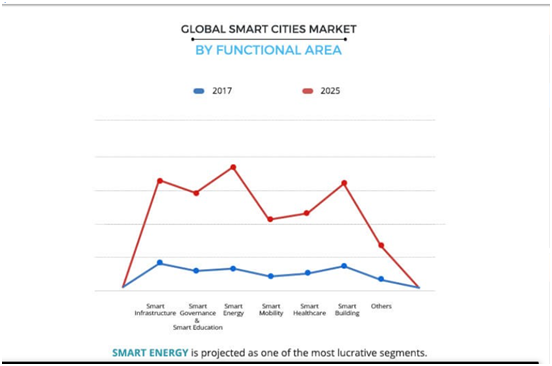 The report focuses on drivers and restraints of the smart cities market based on the analysis of regional trends. Moreover, the study includes Porter’s five forces analysis of the industry to understand the impact of various factors such as bargaining power of suppliers, competitive intensity of competitors, threat of new entrants, threat of substitutes, and bargaining power of buyers on the smart cities market growth. 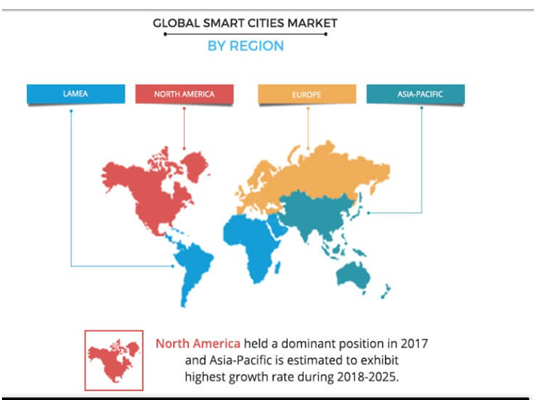 The growth of the global smart cities market is driven by proactive government smart cities initiatives, growing urbanization, and rising need of better-quality life. However, security and privacy concerns of smart cities solutions are expected to hamper the market growth during the forecast period. Moreover, rising adoption of artificial intelligence solutions among smart city projects is anticipated to provide significant growth opportunities during the forecast period.

As per Allied Market Research