Micron Technology announced that the Great Place to Work Institute has named the technology innovator and leader one of the Best Workplaces in Asia. Micron was recognized on the list for the first time as a company providing best-in-class engagement, compensation, benefits, training and growth opportunities across its diverse populations of employees. Micron ranks as the world’s fourth-largest semiconductor company, developing and delivering innovative memory and storage products for the world. The company employs approximately 40,000 people at 13 manufacturing sites and 14 customer labs in 17 countries. The recognition follows recent placements on Great Place to Work lists of Best Workplaces in Micron China, Germany, Japan, Italy, Singapore, and Taiwan. 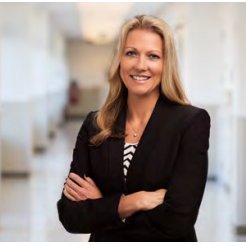 “The multiple Great Place to Work recognitions that Micron has received since last July are a testament to Micron’s consistent focus on employee growth, well-being, and culture of diversity, equality and inclusion,” said Mr April Arnzen, Sr VP and chief people officer at Micron. “At Micron, our people fuel our success. We are proud to be named on this year’s list and are humbled by our team members feedback from the surveys.”

Micron’s values of people, innovation, tenacity, collaboration and customer focus act as the foundation for how the company operates and contributes to a culture of creativity and respect for all.

The Great Place to Work Institute, which ranks workplaces around the world, surveyed more than 3.3 million employees from 16 countries in Asia and the Middle East to assess their experiences of trust, innovation, company values and leadership. To qualify for the Best Workplaces in Asia list, companies must be ranked high on the Great Place to Work’s Best Workplaces national lists across the region.

Companies are also evaluated on how well they are creating a For All workplace experience that is inclusive of all employees, no matter who they are or what they do. This year, COVID-19 brought physical and mental well-being to the forefront for both employers and employees.