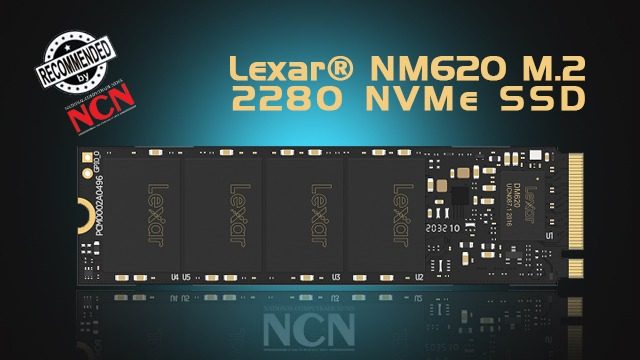 It’s supported by the PCIe Gen3x4 NVMe 1.4 technology standard and built with the latest 3D NAND flash. With speeds of up to 3300MB/s read, enjoy 6x the speed of SATA SSDs. The NM620 is an ideal choice for impressive creative performance and gaming experiences. It Features LDPC for added reliability.

Unlike traditional hard disk drives, the NM620 SSD has no moving parts, so it’s built to last. On top of that, it’s also shock and vibration resistant2, making it one robust and reliable SSD.