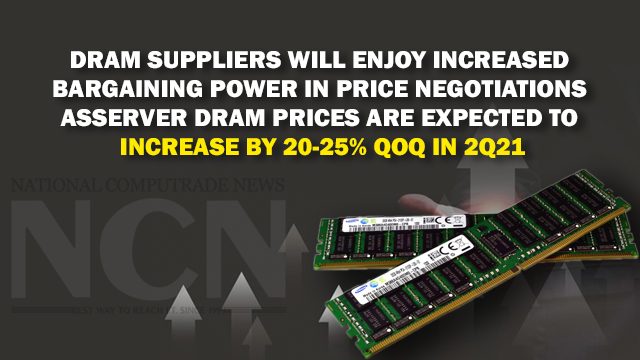 Will the pandemic put a sudden rise in DRAM prices?

According to a recent report, the Dynamic Random-Access Memory (DRAM) market was valued at USD 66.8 billion in 2020 and is expected to cross the USD 100 billion mark by the end of 2026 by witnessing a CAGR of approximately 7% for the period 2020-2026.

The onset of COVID-19 led disruptions across DRAM productions and supply chain. The allied prices started to decline from April 2020 as the COVID-19 pandemic began to severely impact the demand for smartphones and other electronic gadgets in major markets, like the United States and Europe.

Moreover, the India, Cellular & Electronics Association (ICEA) estimated that months of March and April were affected by 15-20% lowering of smartphone volume. Further, the impact, in terms of production value, was estimated to be INR 2,500-3500 crore in March and INR 2,000-2,500 crore in April.

DRAM suppliers and major PC OEMs are currently participating in the critical period of negotiating with each other over contract prices for 2Q21. Although these negotiations have yet to be finalized, the ASP of mainstream DDR4 1G*8 2666Mbps modules has already increased by nearly 25% QoQ as of now, according to data on ongoing transactions. This represents a higher price hike than TrendForce’s prior forecast of “nearly 20%”. On the other hand, prices are likewise rising across various DRAM product categories in 2Q21, including DDR3/4 specialty DRAM, mobile DRAM, graphics DRAM, and in particular server DRAM, which is highly related to PC DRAM and is therefore also undergoing a higher price hike than previously expected. TrendForce is therefore revising up its forecast of overall DRAM price hike for 2Q21 from 13-18% QoQ to 18-23% QoQ instead. However, the actual increase in prices of various DRAM product categories will depend on the production capacities allocated to the respective products by DRAM suppliers.

PC DRAM contract prices are rising by a higher margin than previously expected for 2Q21 primarily because major PC OEMs are now aggressively expanding their production targets. Furthermore, as second quarters are generally peak seasons for notebook production, PC ODMs are now estimated to increase their quarterly production of notebook computers by about 7.9% QoQ in 2Q21. Finally, with regards to the COVID-19 pandemic, vaccination rates remain relatively low across the globe, meaning WFH and distance education are likely to persist and create continued demand for notebook computers, thereby further expanding the hike in PC DRAM prices.

Apart from the issue of short DRAM supply, server DRAM procurement in 2Q21 has benefitted from the positive turn in the view of enterprises toward IT investments as well as the stronger-than-expected demand related to cloud migration. There was already a supply gap in 1Q21, and these developments will further drive up demand in 2Q21. Hence, difficulty has increased for buyers and suppliers in reaching an agreement on price. Suppliers are in a more advantageous position in contract negotiations since the DRAM market is an oligopoly. Therefore, compared to the previous forecast of nearly 20%, TrendForce is now expecting server DRAM contract prices to increase by 20-25% QoQ in 2Q21.

The increasing adoption of microcontroller and memory ICs in automobile electronics and the growing application of memory storage chips in electronic devices is one of the significant factors driving DRAM products’ demand. Further, rising demand for consumer electronics led to DRAM being a considerably low cost and high-performance option. With DRAM being used in wearable gadgets, like smartwatches, the allied production capacities are expected to continue to grow. With many people around the world restricted to their homes and working remotely, as well as watching streaming TV channels rather than socializing outside of their families, internet access has been increasing. All these reasons have culminated to the cause of the rise in DRAM products.

DRAM has witnessed significant developments as it moved its applications beyond personal computers and mobile devices into servers, automotive, and cloud applications. Such diversification is expected to drive the market studied, over the forecast period.

DRAM contract prices are expected to rise 18-23% sequentially in the second quarter of 2021 with prices for PC- and server-use DRAM memory surging over 20%, according to Trend Force.

Major PC OEMs are still in negotiations with DRAM suppliers about prices for the second quarter. These negotiations have yet to conclude, but the ASP of mainstream DDR4 1Gx8 2666Mbps modules has already jumped almost 25% on quarter, said Trend Force, adding this is higher than its previous forecast of nearly 20%.

Trend Force has raised its DRAM contract price outlook for the second quarter. It estimated previously a 13-18% sequential increase.

However, smartphones and PC’s drive most of the DRAM and flash market.  These products are still in decline.  Thus, the total memory market may continue a cost per GB decline even though there may be shortages of higher performance specialized products for the enterprise and data center markets.

Contract prices for PC DRAM memory are expected to rise 23-28% in the second quarter, as demand for notebooks remains robust encouraging OEMs to be bullish about their output goals, Trend Force indicated. 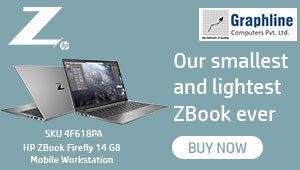 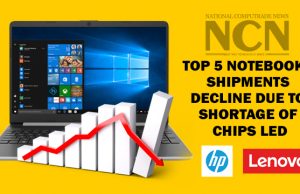 NCN News Network - June 28, 2021
0
As per the Digitimes report, there has been a dip in the shipments of the top 5 global notebook brands (Excluding Apple) drop 7%... 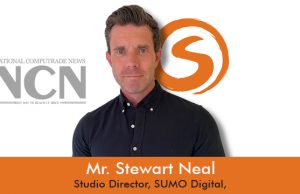 India is currently a mobile-driven gaming market, but we see huge...

NCN News Network - July 31, 2021
0
In the last few years, gaming has become one of the fastest-growing industries in India. From the days of playing Tetris on the computer...

“ No-code platforms give traditional players an opportunity to participate in...

Canon captured a unit market share of 23% in the overall...