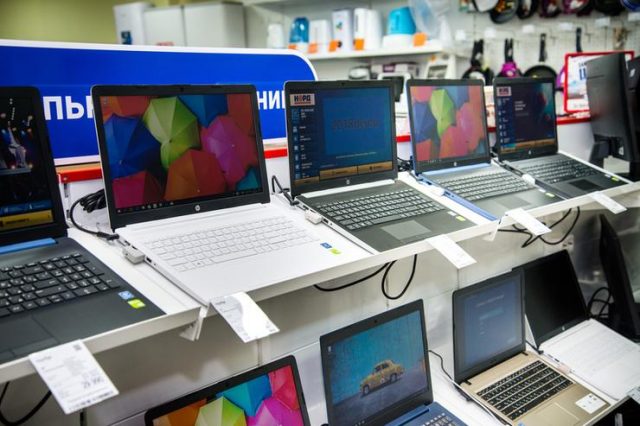 In Q1 2021, Western European PC shipments (desktops, notebooks, and workstations) reached 16.1 million units, up 48% year on year, as per Canalysys report . The ongoing bottlenecks around key components are delaying some orders, but the supply chain is actually in much better shape than in Q1 2020, which saw sudden factory closures amid the first COVID-19 outbreaks. HP regained the top spot, shipping 4.1 million units and taking a 26% share of the market. Lenovo followed closely, shipping 4.0 million units to take a 25% share. Dell, Apple and Acer completed the top five, with 14%, 10% and 9% shares respectively.

HP and Lenovo have long been the top-selling vendors, but this year the component shortage is a key factor suppressing shipments. Canalys Research Analyst Trang Pham is sceptical for the vendors to fulfil the demand. In Q1, several PC distributors and resellers reported strong supply of HP devices, especially for AMD models.

And in cases where shipment delays were inevitable, HP managed its channel well, being transparent about shipment timings and giving assurances to customers, which discouraged them from seeking alternatives. Lenovo also had an exceptional quarter, with particular success in Chromebook sales as Google continues to spend big to push its platform with enterprise customers. Its new manufacturing facility in Hungary will also speed up order fulfilment in Europe. 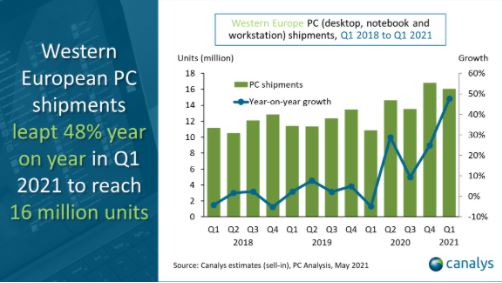 Apple saw the highest growth of the top five, up 127% year on year. Its new devices, powered by Apple’s own M1 chips, have been the driving force behind its commercial success. “Apple’s success makes sense, as Western Europe has a base of existing Mac users, high disposable income, and a strong community of tech enthusiasts and early adopters,” said Pham. “Apple’s recent move to design its own processors shows its ambition. It also reflects Intel’s lagging SoC process with 5nm and 3nm chips. By working with TSMC directly, Apple has been able to bring 5nm to Mac much sooner. But the move is about more than specifications. It shows absolute commitment to Apple’s ethos, that hardware, software and services work best when created together. That said, enterprise IT managers may look at M1-based Macs as a complex addition to their estate, and Apple must now ensure clear communication about the ease of device management and optimization of bespoke apps.” 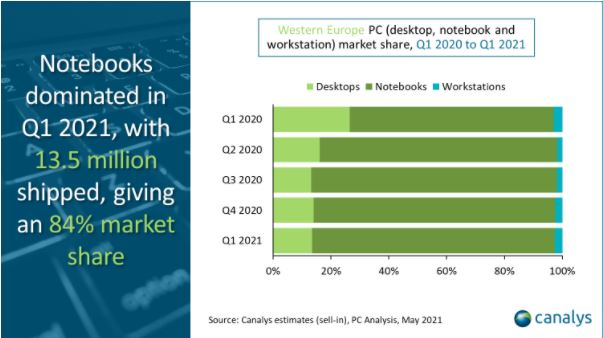 “The picture is certainly improving, but we are not out of the woods yet,” said Canalys Research Manager Ben Stanton. “As vaccinations progress, restrictions have started to ease, which will pave the way for economic recovery. Schools, for example, were re-opened between March and May in different countries. And business activities are resuming, as employees return to their offices. But the world that emerges will not be the same as the one we left behind. Digital transformation has accelerated, apps and workloads are increasingly cloud-based, and employees will now expect remote and hybrid working options. It is extremely unlikely that PC supply will match this sustained demand surge over the next 12 months. If a vendor can supply, the product will fly.” 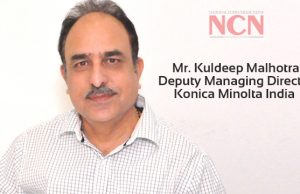