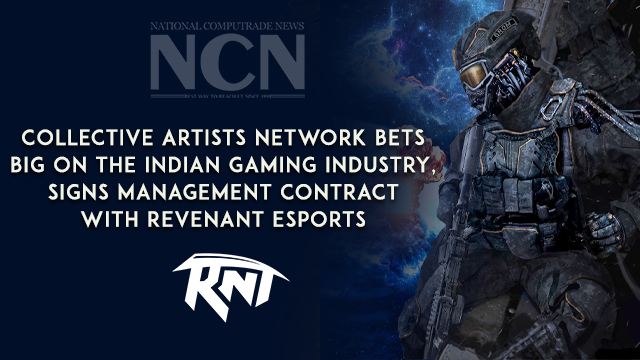 In a massive development for the entertainment and gaming industries, Collective Artists Network have entered into a partnership with Revenant Esports, one of India’s leading esports organizations, by signing a management mandate with them. This extraordinary partnership also marks the launch of Collective Artists Network into the country’s fast-growing gaming landscape.

Widely known for delivering exceptional opportunities to clients across the categories of cinema, OTT, television, music, digital, sports, and more by representing a roster of multiple talents, the partnership with Revenant Esports will also witness Collective’s foray into the gaming scene with the intention of boosting the former. Although Revenant has been experiencing exponential growth since the onset, joining hands with Collective and its expertise in assisting talents will lead to exciting brand conversations coming up for the new-gen esports company. 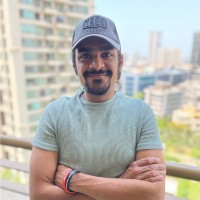 Talking about the partnership, Vijay Subramaniam – Group CEO & Founder – The Collective Artists Network said, “At Collective Artists Network, we believe in being of value to entertainment and the custodians of everything pop culture. Esports gaming is one of the largest engagement platforms as well as the most rapidly-growing ecosystems in India – propelled by the rise of the Internet and smartphone to a large extent, combined with the substantial peak of indoor gaming in current times. Organizations like Revenant Esports that offer enriching esports experiences are already spearheading this remarkable narrative of growth. Our synergetic partnership with them will see the development and activation of meaningful partnerships that, in turn, will further nurture their growth and the flourishing of the esports industry at large.”

Rohit Jagasia – CEO & Founder – Revenant Esports said, “We at Revenant, have been one of the fastest growing Esports Company in Asia & in order to drive the correct partnership, sponsorship & collaboration opportunities, wanted to be represented by the finest talent management agency in the country. Collective Artists was the best choice, since they are veterans in the entertainment space who also understood the purity of the brand that we are building. To accelerate our growth and take our mission to an all new level we felt it was integral to work with them, since they truly are a future-focused organization that shares our passion to grow dynamically. We’re beyond thrilled to enter into a long-term association and synergy with the Collective Artists Network to assist us in navigating the challenges and opportunities of a fast-evolving landscape while bolstering our growth.”

Several influential forces have been reshaping the world – substantial mass migration to digital platforms being prime among them. India has become the second largest smartphone market and mobile data prices in the country have become one of the cheapest in the world. Esports, which constitute organized multiplayer video-game competitions streamed online, are booming in the country and are mainly dominated by mobile games, such as Battlegrounds Mobile India, that has catapulted the Indian Esports scene to exponential growth. From a future growth perspective, multiple published reports indicate that the numbers of players participating in esports will shoot up to 1.5 million by FY25; and with massive tournaments like the Call of Duty Mobile World Championship, Battlegrounds Mobile India Series and the Asian Games including Esports the scene is only set to grow in India. Recently, the sector has also attracted a lot of VC attention, with many HNI’s and family offices investing in Esports Teams & organizations alike.