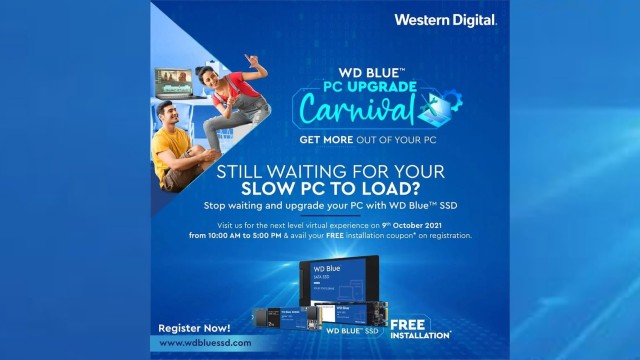 In today’s fast-paced environments, dealing with increasing loads of data has become commonplace. This is putting enormous pressure on desktops and laptops, compromising both the performance and the speed of the devices. Now, SSDs have emerged as the right solution to increase the performance of your devices. In addition, the fact that SSDs have no rotating parts as in the case of HDDs makes the operation of the devices quiet. In this regard, Western Digital (WD) has taken the initiative to educate consumers as well as office users of desktops and laptops through a virtual experience session.

With SSDs in place, it takes you very little time while starting the apps and performing storage-intensive tasks such as copying a large file, during which the performance of an HDD slows significantly while an SSD can continue to work on other tasks.

PC users, in general, believe upgrading RAM or CPU is sufficient to revive the performance of a slowing PC. It looks good as it is an easy upgrade (no backup involved, no loss of data!). In this case, your OS and files are loaded on your storage and are moved to your RAM during PC usage. Content continues to be fetched out of storage on-demand as you pull up your files. But the improvement in performance is extremely limited compared to the 3X or 4X performance-enhancement you achieve by upgrading your HDD to a WD Blue SSD.

To learn more, visit www.wdbluessd.com, join the virtual experience session from 10 AM to 5 PM on Oct 9 (organized by WD), have some fun, and avail of a Free Installation coupon after registration.