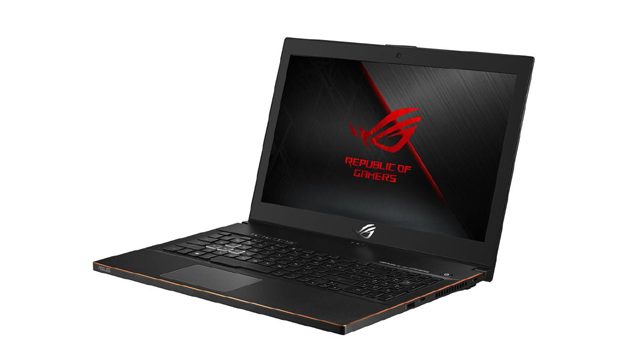 Zephyrus M also features exclusive software that allows users to switch GPU modes according to the task at hand.

ROG Huracan is powered by an 8th Generation Intel Core i7 processor and NVIDIA GeForce GTX 1080 graphics for extreme gaming performance. It features a patented magnetically-secured side cover that can be opened to increase airflow to boost CPU and GPU cooling performance, and activate special Aura lighting effects. Huracan has a 2.5-inch hot-swap bay for an SSD, and a slide-open chassis design that makes it easy to maintain and upgrade components. An ESS Sabre DAC and amplifier on the front audio jack provide high-definition sound. In addition, gamers can use Aura Sync to synchronize light effects with other Aura Sync-compatible products.