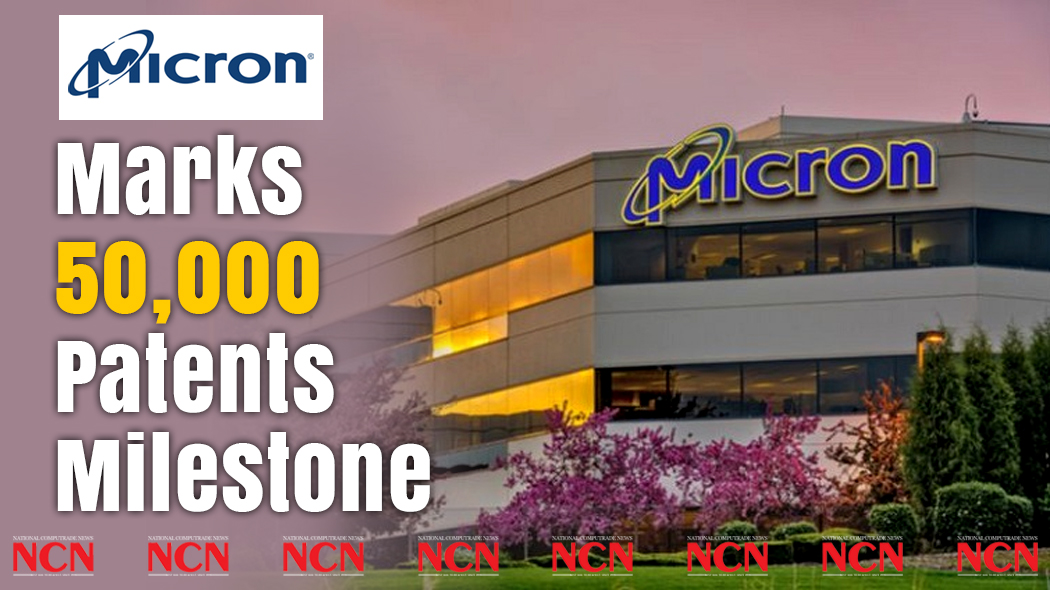 Micron Technology, Inc., today announced it has surpassed 50000 lifetime patents, reinforcing the company’s leadership in innovation. Patents play a key role in Micron’s technology leadership strategy, from creating the world’s smallest 256K DRAM chip in 1984, to delivering the first 1-alpha DRAM shipment in 2021—with thousands of inventions in between. More than 4,000 team members across 16 countries have contributed to this notable accomplishment over the course of Micron’s 43-year history.

“Very few companies in any industry have reached this achievement. I want to acknowledge the contributions of all Micron team members, past and present, as this milestone would not have been possible without their innovative ideas that ensure we stay on the cutting edge of technology,” said Micron President and CEO Sanjay Mehrotra. “Thanks to their hard work and tenacity, Micron is the world leader in memory and storage solutions.”

Micron was founded with the belief that innovation and persistence would drive long term success. This unwavering focus on innovation led Micron to overcome performance barriers and bring better products to market faster than the competition, all while garnering patents on these revolutionary inventions. Micron’s 50,000th patent caps what is widely recognized to be the most valuable memory and storage patent portfolio in the industry.

“With global demand for memory and storage growing rapidly, Micron’s customers are counting on us to keep advancing the pace of innovation,” said Scott DeBoer, Micron’s executive vice president of technology and products. “That pioneering spirit is still very much alive and well at Micron, especially as we pursue the next 50,000 patents that will serve as a foundation for future technological breakthroughs.”

As innovation continues to accelerate, so does Micron’s patent portfolio. In 2021, nearly 1,500 Micron team members contributed to almost 2,600 Micron patent grants – the most patents issued to Micron in a single year throughout the history of the company. This outstanding performance is due in part to Micron’s increasing focus on team member and inventor diversity. For example, the annual number of women who were inventors on Micron’s original patent applications was four times greater in 2021 than 2017, furthering the diversity of ideas being represented across Micron’s industry-leading advancements.