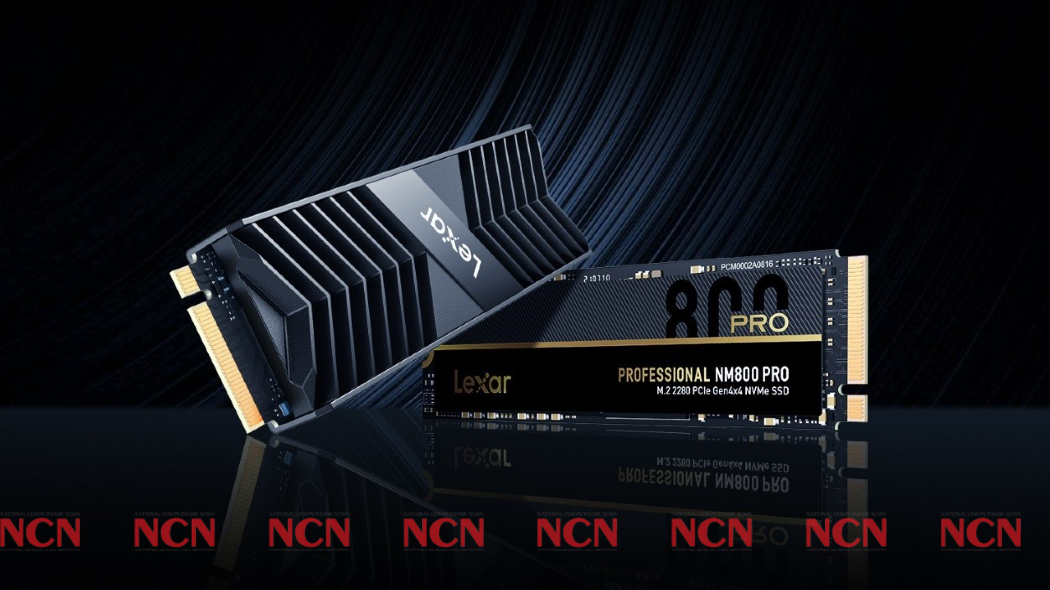 Lexar, a leading global brand in flash memory solutions, has announced the Professional NM800PRO M.2 2280 PCIe Gen4 x4 NVMe SSD launch in the Indian market.  The USP of this model is that it is getting introduced with a heatsink option, specially designed keeping in mind the needs of hardcore gamers, professionals, and creators who demand high-performance computing. Lexar’s NM800 PRO has an integrated heatsink and heat spreader which enables it to effectively maintain speed, power efficiency, and thermal control for a sustained high performance while playing on PlayStation 5 and PCs.

The Lexar Professional NM800 M.2 2280 NVMe SSD provides maximum SSD performance that puts you in the computing fast lane with speeds up to 7500MB/s read and 6500MB/s write. With blazing-fast performance, NM800 PRO SSD leverages the 12nm controller to produce lower power consumption and longer battery life for all your high-performance computing needs.

Commenting on the launch, Mr. Gaurav Mathur, Director, Lexar Co. Limited, said, “We are excited to bring the all-new Lexar Professional NM800PRO M.2 2280 PCIe Gen4 x4 NVMe SSD in India, the fastest speed in the NVME Heatsink from Lexar, which is designed for data-heavy applications such as gaming, design, and more. The best part about this product is that, unlike the traditional hard disk drives, the Lexar NM800PRO SSD has no moving parts, so it’s built to last. On top of that, it’s also shock and vibration-resistant, making it one robust and reliable SSD. With its superior technology and brilliant performance, we believe the product will be an excellent choice for PC enthusiasts and professionals looking to upgrade their system.”

Some of the key features that make the Lexar Professional NM800PRO M.2 2280 PCIe Gen4 x4 NVMe SSD are:

Lexar Professional NM800PRO M.2 2280 PCIe Gen4 x4 NVMe SSD will be available in India and can be bought from all the leading online and retail stores in India. The starting capacity is 512 GB and up to 2TB.