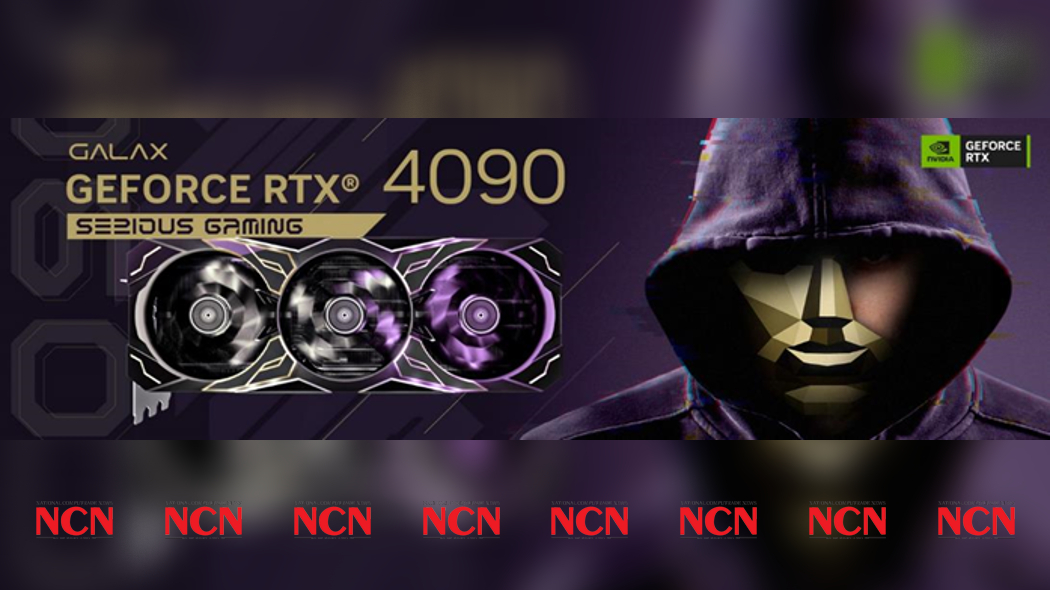 20th Sep 2022: Powered by the new ultra-efficient NVIDIA Ada Lovelace architecture, the 3rd generation of RTX, GeForce RTX 40 Series graphics cards are beyond fast, giving gamers and creators a quantum leap in performance, AI-powered graphics, and so many more leading platform capabilities. This massive advancement in GPU technology is the gateway to the most immersive gaming experiences, incredible AI features and the fastest content creation workflows. These GPUs push state-of-the-art graphics into the future.

With the digital world becoming more influential than ever, individuals are building up a digital identity parallel to the reality they are living in, creating an extension of themselves in the cyberspace. On contrary to the tangible reality, cyberspace allows creativity to flourish and evolve without any constraints of the physical reality, inspiring the most talented people to creating their own stories and share them to the world. With the ascension of the latest GeForce RTX 40 series, gamers, content creator and PC enthusiasts are now capable of wielding the immense power in the digital universe, creating history for a whole new era.

Reign with the dominate 16384 CUDA cores, 18+4 phase power design and the all-new PCIe Gen5 16-pin connector which supports up to 600W power input with a single cable, GeForce RTX 4090 Serious Gamingdoubles its performance and enhancing the cooling effectiveness from its predecessor and champions as the royalty of the GeForce RTX 40 series family. Aesthetically, the graphics card also is upgraded with 5V ARGB LED effects, allowing users in showing their personality according to their preference.

As it is designed for those who are hunger for power, GeForce RTX 4090 Serious Gaming turbos its factory boost clock to 2580MHz while maintaining an exceptional cooling effectiveness with its exclusive SG EXTREME thermal cooling system developed by our RDT&E team. It is now upgraded with a 4*8mm + 4*6mm heat pipe + large Vapor Chamber cooling base, with the newly designed WINGS 2.0 and 1-Clip Booster 2.0, making it one of the formidable weaponries for the hardcore gamers and overclocking enthusiasts.

Tested by our in-house RDT&E team through aerodynamics simulations, the newly designed WINGS 2.0 increases its fans’ height to 20mm, beefing up the overall intake of air and heat dissipation efficiency for the graphics card. It does not only increase its maximum airflow and air pressure by 25% and 15% respectively, but also reducing air blockage by 50%. As WINGS 2.0 also redesigned with dual-ball bearing, life expectancy is now increase by 67% as tested by the team.

In addition to the upgraded WINGS 2.0, the Serious Gaming exclusive 1-Clip Booster 2.0 also received a grand makeover with an enlarged fan of 102mm for the new graphics card, plus vivid ARGB effects for personalization.

Curated to the needs of the gamers and PC enthusiasts, GeForce RTX 4090 Serious Gaming is bundled with a PCIe 16-pin to 4x PCIe 8-pin adaptor and an all-new premium SG exclusive ARGB Dark Obelisk support stick.

In terms of its power performance, GeForce RTX 4080 16GB Serious Gaming is designed with the all-new PCIe Gen5 16-pin connector. Moreover, it is also enhanced with the 16+3 phrase power design, allowing extra overclocking headroom for the gamers and PC enthusiast in exploring more potential with the latest graphics card.

Comparing to the other 2 models, GeForce RTX 4080 12GB Serious Gaming is having a lite design, featuring a dual 92mm and one 102mm WINGS 2.0 fans, as well as a 3 slot cooler design with 8*6mm heat pipe. By adopting the latest SG EXTREME thermal cooling system, GeForce RTX 4080 12GB Serious Gaming is also built for maximum cooling efficiency, taking up the challenge of graphically demanding games and titles.