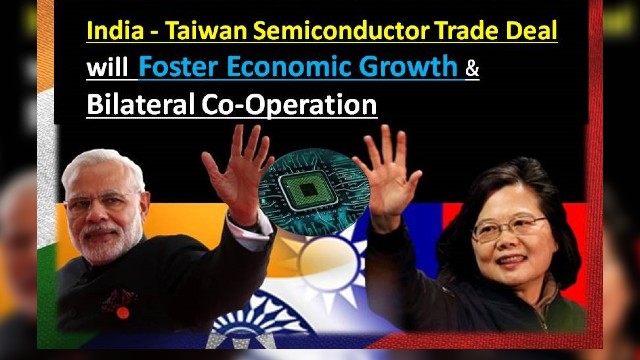 o   Taiwanese and Indian officials have discussed setting up a US$7.5 billion (NT$208 billion) chip plant in India

The recent reports by Bloomberg indicate that Taiwanese and Indian officials have discussed setting up a US$7.5 billion (NT$208 billion) chip plant in India that could produce semiconductors for things like 5G products and electric cars. India is evaluating viable locations that have enough land, water, and workers, and the South Asian country would put up 50% of capital expenditure from 2023 along with tax breaks and other incentives. Taipei and New Delhi are in discussions to set up a manufacturing unit  in India, in addition to reducing tariffs on components used in chip production by the end of the year. As per the sources, in 2018, Taiwan and India inked an agreement to expand on investments and economic ties. Taiwanese officials are eager to show progress by seeing tariffs reduced for dozens of components used in chipmaking.

This initiative by the Government of India is a huge step in fostering the chip shortage and mitigating the impact of the same for the Indian companies. The initiative will not only act as a boon for the chip manufacturing but also diminish the risk of shortage of chips. Chip shortage has been one of the major crunches which has put most industries, especially the auto sector, on a bumpy road, and this is unlikely to resolve soon. The hamstringing semiconductor chip shortage in the production of products ranging from cars and computers to appliances and toothbrushes will extend into 2022 and potentially beyond that. The initiative would propel to change India and change it into a manufacturing hub. India is the seat for hardware in fiscal year 2020, the value of computer hardware production in India was around 215 billion Indian rupees. This was estimated to increase to 220 billion Indian rupees in fiscal year 2021.There was a continuous increase in the production value of computer hardware in the country. (Source: Statistica). There is an opportunity for India to become a hardware manufacturing hub. Over the years, the growing demand in India for electronics hardware complements Taiwan’s comparative advantages and goals of boosting domestic firms. This initiative will help in spurring the economic growth of India. This bilateral co-operation would encourage semiconductor giants such as the Taiwan Semiconductor Manufacturing Corporation (TSMC) and other players to diversify their production beyond their geographical location. 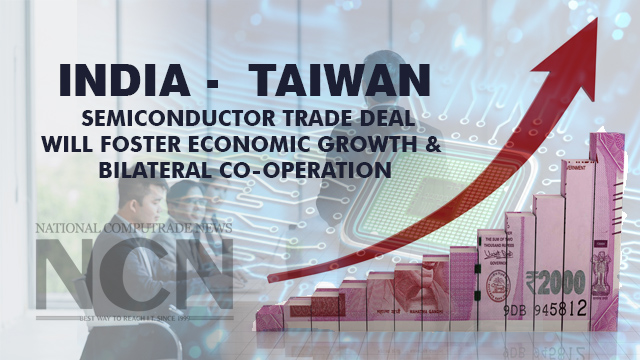 The government of India is looking for various strategies at the moment and studying possible locations with adequate land, water and manpower, while saying it would provide financial support of 50% of capital expenditure from 2023 as well as tax breaks and other incentive.

In our opinion, India is looking to attract more high-tech investments as it pushes for greater self-reliance regarding semiconductors, while Taiwan is eager to bolster its presence in other countries as well. This will help to strengthen the relations between and bolster the economic growth of both the countries.