IDC has just released its Q2 PC report showing that HP has taken the PC leadership position with 29.5% market share. With growth in both the consumer PC and commercial PC segments, HP has been recognised for its price competitiveness and well spread partner coverage across the country. 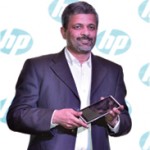 “Consumers and businesses demand technology that allow them to keep up in today’s fast-paced and highly connected world,” said Rajiv Srivastava, vice president and general manager, Printing and Personal Systems, HP India. “HP’s innovation engine has produced an exciting range of devices and solutions over the last six months that address these needs, with a clear focus towards the increasing mobility trend. At HP, we’ve focused on elevating the user experience by powering business productivity and providing the next generation of consumers with stylish, new form factors that allow them to multitask on the go.”

According to IDC, the commercial PC segment emerged stronger against expected performance with 1.38 million units shipped in Q2 2014 with a quarter-on-quarter growth of 34.5% over Q1 2014. A clear mandate in elections signalled a mark of recovery in the economy. Against last calendar year, business prospects are expected to remain moderately better in the coming six months.

“The Overall consumer PC market recorded 1.16 million units, a quarter-on-quarter growth of 12.8% over Q1 2014. “The overall sentiments have picked up and IDC observes improved discretionary spending from consumers across devices. It is expected to have a positive influence on the market as we enter the festival season starting Onam,” comments Manish Yadav, Market Analyst, Client Devices, IDC India. The retail and online acceptance of new product category such as Bing SKU facilitated growth this quarter.