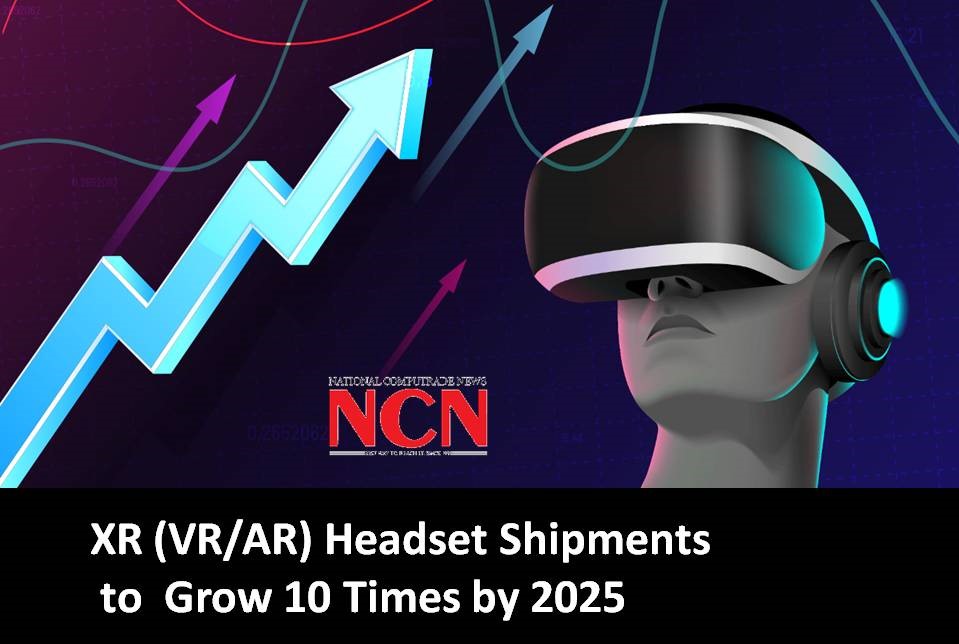 Extended Reality headset shipments are projected to grow about 10 times from 11 million units in 2021 to 105 million in 2025. The adoption of Virtual Reality (VR) headsets gained pace in 2020 and 2021, thanks primarily to the good performance of the Oculus Quest 2 in the consumer segment and DPVR and Pico in the enterprise segment. We believe XR headset volumes will start picking up significantly in 2022, as it will be the biggest year for new XR product launches, with offerings from the Oculus Quest series, Sony PlayStation VR2 and the most awaited Apple AR glasses. Oculus and Sony have created a strong demand for their devices and built a good user base for upgrades, while Apple has a strong history of gaining volumes in a new category.

Commenting on the market dynamics, Senior Analyst Karn Chauhan said, “VR Standalone has become the device type of choice in the gaming segment primarily due to the success of Oculus’s Quest 2. The wireless form factor is the future for XR headsets. VR Standalone devices are being favored over VR Tethered devices by OEMs and consumers, making the latter a relatively slow-growing form factor. Augmented Reality (AR) has been a small segment since 2016, mainly serving the enterprise segment with high-spec and high-price products. This is unlikely to change in the immediate future. However, with Apple expected to enter the AR Tethered segment, we expect it to become the fastest growing and the second biggest form factor by 2025. This will catalyze the participation of many other brands, especially smartphone OEMs.”

Commenting on the regional performance, Senior Analyst Harmeet Singh Walia said, “North America will remain the biggest XR market, given the size and advancement of its consumer and enterprise users. This demand will be fulfilled by the biggest XR brands of the day such as Oculus and highly anticipated new entrants like Apple. On the other hand, Europe, despite being a major XR market at the moment given the size of its middle class, is expected to see relatively slow growth due to content limitations that are exacerbated by a lack of common language. The fastest growth, therefore, is expected in China, which will benefit from having adopted 5G early and having a common language that makes content creation easy. Some of its demand will be fulfilled by existing OEMs like DPVR and Pico and by major Chinese smartphone OEMs that will follow Apple into the XR segment within the first half of this decade.”

Metaverse, recently the most hyped term on the internet, made industry players interested in it and pushed them to start developing something around it. Metaverse can be a catalyst for the increase in XR volumes in the coming years, as XR devices are the main interface for Metaverse.