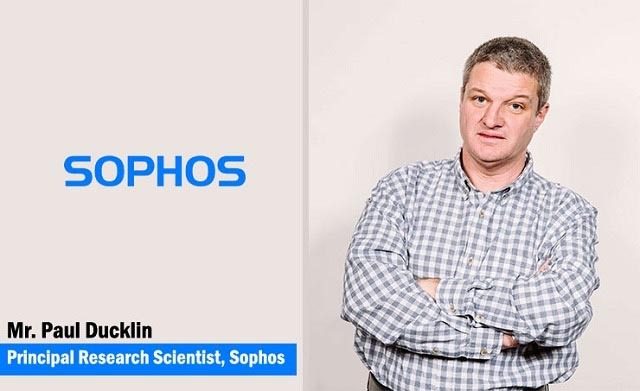 When a ransomware victim hands over a largely anonymous, mostly untraceable quantity of Bitcoin, for example, to pay off a multi-million dollar blackmail demand in the hope of recovering their unusable files…what happens to that money?

The question, as posed above, is a rhetorical one, given that we can all hazard our own guesses about what the criminals do with the money.

But we have confronted that question quite literally on various occasions before, as we did when several suspects were arrested in Ukraine, allegedly in connection with ransomware attacks attributed to a gang known as “Clop”. In that case, it seems as though at least some of the money went on fancy cars.

Police videos of those busts show impressive collections of car keyfobs being gathered up in evidence, and numerous flash-looking cars being loaded onto recovery vehicles and confiscated.

Reinvesting in the business

We’ve also written before about one of the REVil gang’s spending sprees.

That attack led to the REvil gang’s almost casually provocative “business offer” that, for a one-off ueber payment of $70 million in Bitcoin, it would “solve” the entire incident at a stroke by releasing a single, unified decryption tool that contained all the unscrambling secrets needed to restore any computer on any network belonging to any victim.

Presumably conscious of the preceding Colonial Pipeline attack in which a $4.4 million blackmail payoff resulted in a decryptor that, though functional in theory, was worthless in practice because it ran far too slowly, the REvil crew even blithely claimed that their so-called universal decryptor would allow everyone to “recover from attack [sic] in less than an hour”.

Last year, REvil made headlines when the gang infamously paid $1,000,000’s worth of Bitcoins into an underground cybercrime forum as advance payment for services rendered.

The REvil crew couldn’t get this money back – it was basically a million-dollar flash-the-cash exercise aimed at proving to members of the forum that the money it was offering was more than just a promise: it was already invested and committed to being spent on successful “job applicants”:

Well, according to cybersecurity investigator Pierluigi Paganini at Security Affairs, another anonymous cybercrime actor has just done something similar.

Due to fluctuations in the dollar value of Bitcoin, this flash-the-cash bundle now has a value somewhere closer to $888,888 than to a cool one million, but it’s still a staggering cash total to pay out up front: BTC 26.994602, according to Paganini.

When REvil stumped up its $1m cash bounty, the gang said it was looking for techies with a wide range of skills, including the programming language C#, commonly used for building Microsoft .NET apps and very popular with malware writers, virtualisation, and backup tools and technologies.

(Ransomware crooks with on-and-offsite backup skills can serve two devious purposes: finding and trashing any backups a victim already has; and quietly making unauthorised off-site backups to keep stolen data that can be used for extortion.)

This crook, apparently, has other ideas, and is looking to purchase one or more of the following, amongst a longer list:

* I will buy the most clean RAT from detections […], with the prospect of one hand […]

* Buy unusued startup methods in Windows 10 (fileless software, lives in the registry), up to $150k for the original solution […]

What does it mean?

To decode the jargon above:

Also known as bots (short for software robots) or zombies, RATs open up unauthorised access holes that let crooks take remote control of your computer at will.

The ability of a RAT to morph into a completely different malware infection on demand means that the risks posed by an undetected RAT are essentially open-ended.

Technically, software that “lives in the registry” isn’t truly fileless, because the registry itself is stored in a file on your hard disk.

But most software that Windows launches automatically at startup is listed in the registry as filename that contains the program that should be executed, so if that program is malicious or unwanted, a regular scan of the hard disk will find the malicious file and can simply remove it.

If the reference to the file gets left behind in the registry, no harm is done because the file no longer exists, and therefore cannot be executed in future.

However, some registry entries can contain the actual script or program that Windows should run, encoded directly into the registry data.

Threats stored in this way don’t occupy a file of their own on disk, so they are generally harder to find and remediate.

In Naked Security articles we generally refer to LPE by its synonym EoP, which is the term used by Microsoft in its security bulletins.

Whether you say local privilege escalation or elevation of privilege, the idea is the same: crooks can’t break into your computer with an LPE vulnerability, but if they are in already, then can use an LPE exploit to promote themselves from a regular user account, such as your own, to one that can do much wider and deeper harm to your network.

Account privileges that attackers typically go after include the local SYSTEM account or even Domain Administrator, which puts the attackers on an equal footing with your own sysadmins.

The name RCE means exactly what it says, namely that attackers can get into your computer, and run a program of their own choosing, without needing a username or password to login in the first place.

Some vulnerabilities, such as the notorious PrintNightmare bug in the Windows Print Spooler that was revealed in late June 2021, combined RCE with LCE/EoP, which makes them even more useful to cybercriminals because it means they can “get in and go up” in one attacking move.

The term zero-day was borrowed from computer game piracy, where the phrase “a zero-day crack” referred to a copy-protection hack that was found so quickly that it came out on the same day as the game itself, thus giving the software vendor zero days to be ahead in the anti-piracy race.

Where software vulnerabilities are concerned, a zero-day exploit generally refers to any vulnerability that cybercriminals know how to abuse in advance of the Good Guys having an official update against it, so that there were literally zero days that even a well-informed system administrator could have patched in advance.

Even so-called 1-click or multi-click attacks can be truly dangerous, if those clicks don’t produce any obvious “Are you sure?” warnings that might indicate that an attack was underway.

For example, a 1-click attack that only required you to open or to preview an email, without further clicking on or opening any attachments in it, would be harmful because merely reading email is considered uncontroversial and is supposed to be safe.

But a 0-click attack typically works not only without any user action required, but also if the computer is locked, or even if no one is logged in at all, as is often the case on servers.

For what it’s worth, we’re guessing that the original poster used some sort of clumsy machine translation to come up with the full English phrases above.

We’re not quite sure what “the prospects of one hand” or “to buy in one hand” really mean, but we’re assuming they are figures of speech from the author’s native language that mean “sold to me exclusively for my sole use“.

With close to a million dollars committed to the kitty already, the advertiser clearly isn’t short of ready money.

We’re not going to say, “Never, ever, pay the ransom,” because for all we know it might be your only chance, no matter how hurtful it might feel, to avoid a business disaster that could put your company and your employees at or even over the edge of economic collapse.

But if you’ve ever wondered where that blackmail money goes, and whether it’s innocent enough to pay the “ransomware fee” just to save the time and effort of activating your backup-and-recovery procedures…well, now you know.