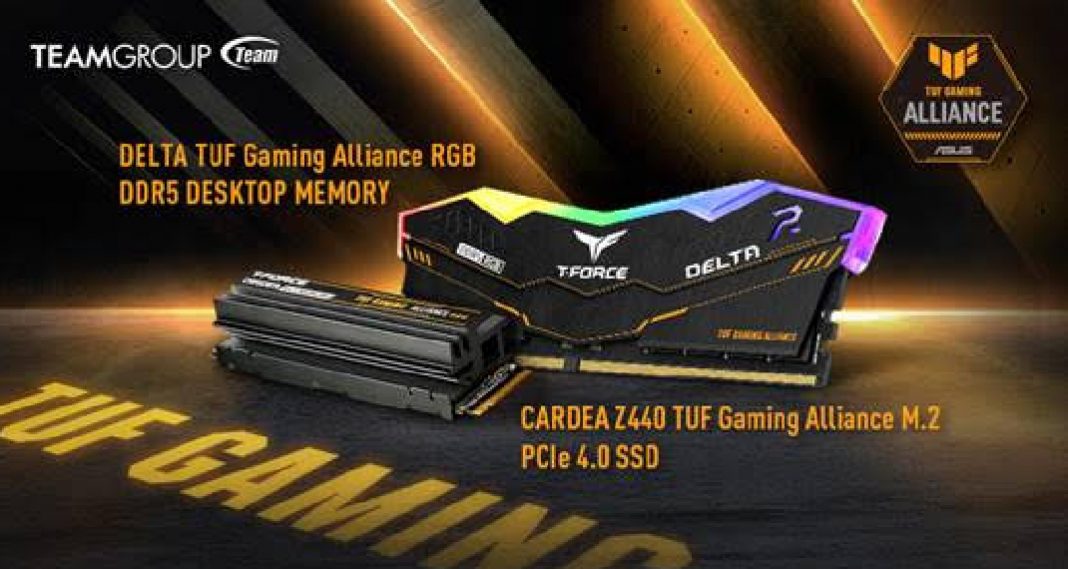 The T-FORCE CARDEA Z440 TUF Gaming Alliance PCIe4.0 M.2 SSD is the first M.2 PCIe4.0 SSD to be launched in ASUS’ TUF Gaming Alliance series. It is equipped with an enhanced version of TEAMGROUP’s aluminum fin heat sink and a special conductive design that decreases temperatures by 48%], providing more stable read and write performance and allowing it to mitigate throttling issues better than other SSDs. It has read speeds of up to 5,000 MB/s and write speeds of up to 4,400 MB/s. The excellent performance of the TUF SSD, along with support for the PCIe Gen 4×4 and NVMe standards, makes it the best choice for military styled gaming. Furthermore, its exterior design that incorporates TUF Gaming’s unique military elements fully demonstrates the soul of hardcore gaming.

The T-FORCE DELTA TUF Gaming Alliance RGB DDR5 DESKTOP MEMORY and T-FORCE CARDEA Z440 TUF Gaming Alliance PCIe4.0 M.2 SSD will introduce to gamers a new generation of technological evolution and shockingly fast speeds in 2022. Mark your calendars for the global launch to not miss out.