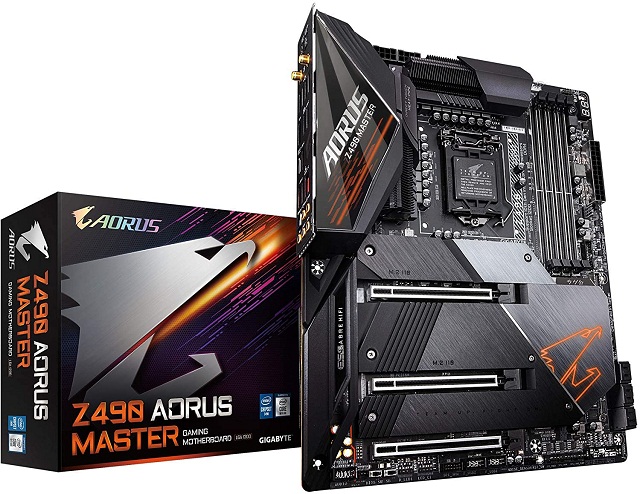 GIGABYTE TECHNOLOGY announced that all Z490 motherboards featuring PCIe 4.0 hardware design can support the 11th Gen. Intel Core processors perfectly by update to the latest F20 BIOS, and provide the extreme bandwidth and performance for PCIe 4.0 graphics cards and SSDs. With a snap update of the latest BIOS from GIGBAYTE’s official site, users can enjoy the full pack of advantages and unlock the Resizable BAR function on GIGABYTE Z490 and H470 motherboards.

The latest 11th Gen. Intel® Core™ processors will be launched on March 2021. The new processors keep the same architecture as the previous generation but they enable the PCIe 4.0 support, which meet a range of needs for users who expect broad bandwidth and super high transfer speed of PCIe 4.0 on the Intel platform. For those who own one of the current generation motherboards, it would be a great deal to enjoy the performance uplift on Z490 motherboards with PCIe 4.0 function and 11th Gen. Intel® Core™ processors support.

Since the consistent focus on user’s demand, GIGABYTE has implemented PCIe 4.0 grade materials in the early stage of Z490 motherboards development which include PCBs, PCIe slots, M.2 slots, and controllers. GIGABYTE’s R&D effort has been paid back from the result of the latest BIOS verification. Enhanced by the superior PCIe 4.0 components and innovative design, GIGABYTE Z490 motherboards already can support 11th Gen. Intel® Core™ processors by the latest BIOS, which provides ultimate performance on PCIe 4.0 graphics cards and storage devices on various advanced applications for PC operators and gamers to leverage future challenges. GIGABYTE’s R&D team is speeding up on the verification of more Z490 motherboards for a full-fledged support to the 11th Gen. Intel® Core™ processors. The updated BIOS files will be uploaded to the GIGABYTE official website, so please check it out regularly

To further optimize the dissipation of M.2 SSD, GIGABYTE selected Z490 AORUS motherboards built in THERMAL GUARD 2 patent design, which breaks the limitation of CPU zone and ensures that both sides of the M.2 SSD are adequately cooled to prevent thermal throttling under high-speed operation.

Besides the exclusive PCIe 4.0 design for the performance and bandwidth boost on M.2 SSD and graphics cards, GIGATBYTE all series Z490 and H470 motherboards support the latest Resizable Base-Address Register (Resizable-BAR) option to uplift the bandwidth between CPU and VGA memory when gaming. This function can accelerate the access of GDDR6 graphics memory to improve CPU operating efficiency and gaming performance. Users only need to update to the latest  BIOS and VGA cards driver of selected GIGABYTE VGA cards from GIGABYTE’s official website. Make sure to configure the related BIOS setting under the UEFI mode, and then you are all set to enjoy the performance boost on GIGABYTE Z490 and H470 gaming platforms.