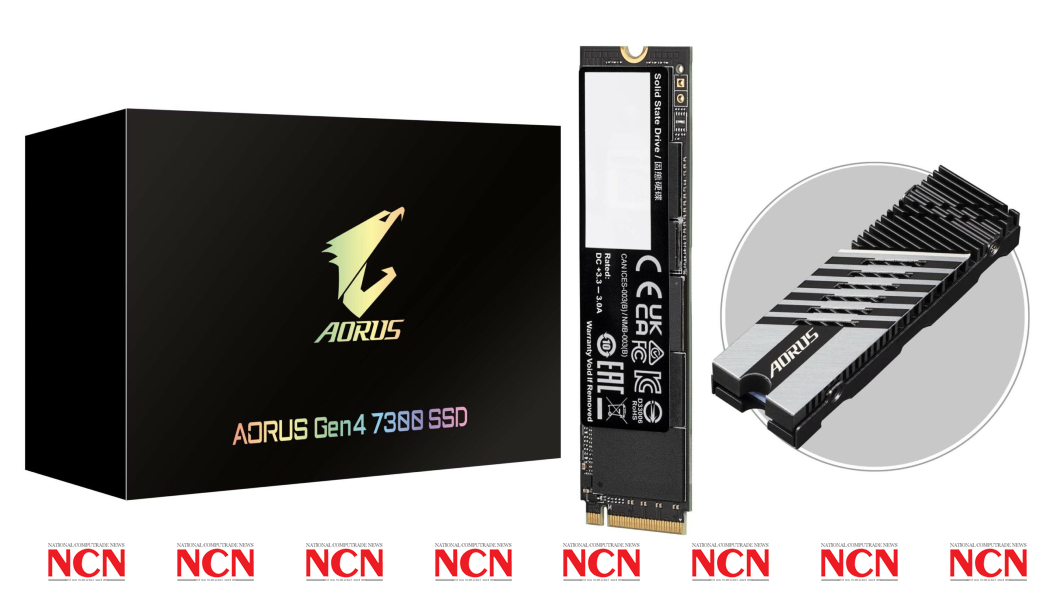 AORUS Gen4 7300 SSD equips the select Phison E18 8-channel controller, which provides users with ultimate random access rate, as well as the high-speed 3D-TLC NAND Flash and SLC cache design that brings the PCIe 4.0 into full play. Under the real test, AORUS Gen4 7300 SSD can reach a read speed up to 7300MB/s and a write speed up to 6850MB/s, which is faster than the previous gen. PCIe 4.0 NVMe SSD, two times faster than PCIe 3.0 SSD, and up to 13 times faster than SATA SSD. Enhanced by the multi-core architecture of the E18 controller, AORUS Gen4 7300 SSD not only improves AI multitasking to lessen the bottleneck of system performance, but powers up content creators, gamers, and users eager for extreme performance.

Normally the high-speed SSD generates heat and results in throttling under full-speed operation, which puts limit on its transfer speed. In order to prevent possible throttling, most motherboards and SSD equip with heatsink to dissipate the heat of SSD. AORUS Gen4 7300 SSD adopts a unique packaging design of separated SSD and full-coverage heatsink packing, which allows users to choose the built-in heatsink on their motherboards or the enclosed heatsink of AORUS Gen4 7300 SSD in line with their needs. This enables more flexible thermal configuration whether for PC system installation or PS5 capacity expansion.

“With the rapid evolution of semiconductor process, the transfer speed of PCIe 4.0 SSD upraise from 5000MB/s to 7300MB/s and above which benefit greatly users who pursue storage performance and wish to avoid the bottleneck of system performance. “ Said Jackson Hsu, Director of the GIGABYTE Channel Solutions Product Development Division. “GIGABYTE has endeavored on SSD products in recent years and the shipments achieved the global top 10 with the ramp on self-brand products. Enhance by the technology evolution, the read speed of GIGABYTE PCIe 4.0 SSD boosts from 5000MB/s, 7000MB/s to 7300MB/s by AORUS Gen4 7300 SSD for impressive storage performance. In addition, the flexible design of a self-planned thermal solution for users reduces the chances of throttling and greatly improves the system performance.”