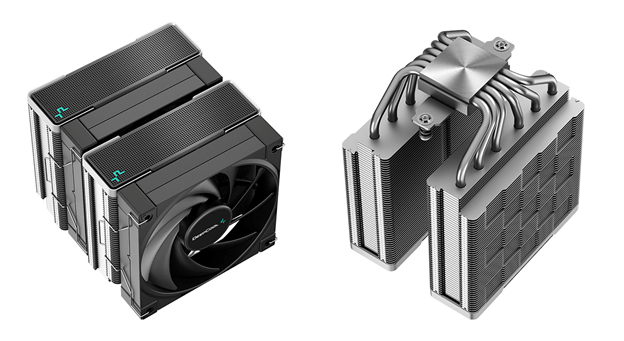 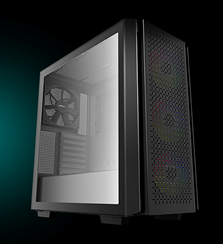 Whether builders are looking for airflow optimized front panels or sharp and pristine tempered glass, the all new CG560 and CG540 mid-tower ATX cases offer an improved building experience for everyone. The CG560 sports a crosshair patterned mesh front panel that allows optimal airflow. The CG540 displays a tempered glass front panel that shows a similar crosshair etched pattern. Both front panels feature large vents on both sides to allow for ample airflow. The tool-free tempered glass side panel easily slides and latches in place for safety and convenience, including captive screws for a smoother experience. 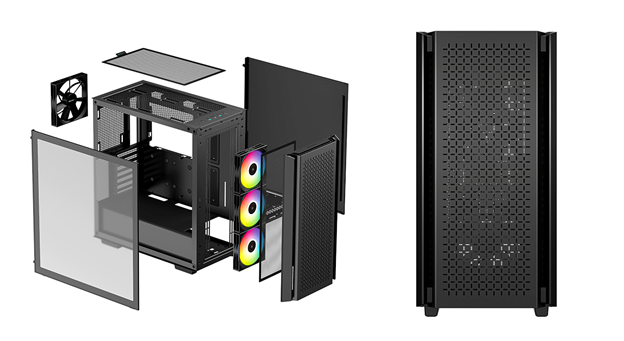 Included with both cases are newly designed DeepCool performance cooling fans for concentrated airflow and superior cooling. The CG560 and CG540 both feature three 120mm ARGB fans and one 140mm performance fan. Get big cooling potential with expansive capacity for up to six 120mm or five 140mm cooling fans. The spacious interior supports liquid cooling radiators up to 280mm/360mm through the front panel and up to 240mm/280mm on the top panel. The CG560 and CG540 have two 2.5in SSD mounts and two 3.5in HDD trays in a removable cage for storage support. The front I/O features two USB3.0 and a RGB controller for the pre-installed ARGB fans.

Entering a new era of modern design and high-performance hardware, the AK620 CPU Cooler, and the CG560 and CG540 Mid-Tower cases present builders exciting new upgrades to their system setup.