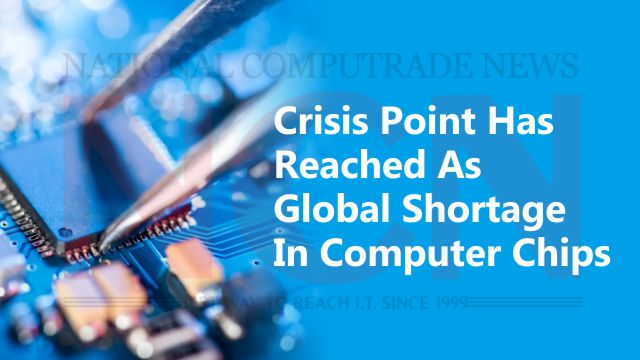 The shortage in chips, the “brain” within every electronic device in the world, has been steadily worsening since last year. A global chipset shortage has created panic among the world’s leading automakers, so much so that the companies have been forced to either halt or slow vehicle production. If the ongoing global semiconductor shortage will continue for a few more months, it will hit the carmakers who are already under pressure from regulators to pump more resources into electric vehicles.

At the moment, all top carmakers from Toyota to Volkswagen, Daimler and GM are reeling from this global shortage of semiconductors. Ford is cutting production of its highly profitable F-150 pickup trucks, whereas General Motors said it plans to temporarily shut work at three plants in North America as chip shortages halt production lines. Ford recently cancelled shifts at two car plants and said profits could be hit by up to $2.5bn this year due to chip shortages, while Nissan is idling output at plants in Mexico and the US. General Motors said it could face a $2bn profit hit.

Car manufacturers investing in tech-heavy electric vehicles, the boom in sales of TVs and homecomputers and launch of new games consoles and 5G-enabled mobile phones have all driven demand.

Consumers are facing price rises and shortages of products from TVs and mobile phones to cars and games consoles as a global shortage in semiconductors grows.

Initially the problem was only a temporary delay in supplies as factories shut down when the coronavirus pandemic first hit.

However, although production is back to normal, a new surge in demand driven by changing habits fuelled by the pandemic means that it is now reaching crisis point.Even the mighty Apple, a $2tn company and the world’s biggest buyer of semiconductors spending $58bn annually, was forced to delay the launch of the much-hyped iPhone 12 by two months last year due to the shortage.

Sony, which along with other console makers has struggled with stock shortages over the last year, said it might not hit sales targets for the new PS5 this year because of the semiconductor supply issue. Microsoft’s Xbox has said it forecasts supply issues continuing at least until the second half of the year. Samsung, the world’s second-largest buyer of chips for its products after Apple, said it might have to postpone the launch of its high-end smartphone due to the shortage, despite also being the world’s second-largest producer of chips.

Samsung’s co-chief executive, Koh Dong-jin, who also heads its mobile business unit, highlighted a significant issue saying that there is a “serious imbalance” in the pecking order of who is getting the limited supplies of chips.

A six-decade-old invention, the lowly chip, has gone from little-understood workhorse in powerful computers to the most crucial and expensive component under the hood of modern-day gadgets.

That explosion in demand—unexpectedly goosed during the Covid-19 pandemic for certain industries like smartphones and PCs—has caused a near-term supply shock triggering an unprecedented global shortage.

Overall demand for semiconductors of all stripes—from basic microcontrollers and memory chips to the most sophisticated high-performance processors—has grown over the past decade, as smartphone usage and computing power boomed. A steady rise in semiconductor sales faltered in 2019, but was then boosted 5.4% by 2020’s shelter-in-place demand for home gadgets

At the same time, once largely mechanical machines like cars have become smarter, entailing the use of many more chips. Automotive electronics, which may include everything from displays to in-car systems, are set to account for an estimated 45% of a car’s manufacturing cost by 2030, according to a Deloitte report. The cost of the semiconductor-based components used in those electronics is estimated to jump to $600 by 2030 from $475 in 2020.

The chip shortage looks set to persist for some time yet. It can take up to two years to get complex semiconductor production factories up and running, and manufacturers are in the process of significantly raising prices for the second time in less than a year.