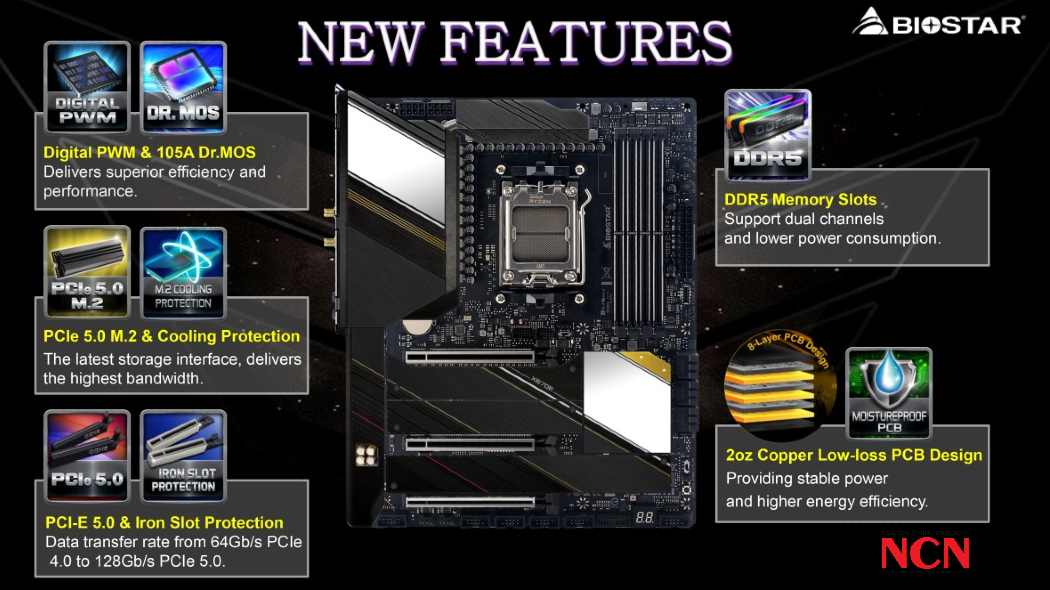 Biostar has enriched its competence in the design and manufacture of products such as add-on cards, multi-media and system products to develop the market and meet the demands of customers for more integrated solutions.

Biostar X670E VALKYRIE 5.0 Valkyrie motherboard seems to sit near the middle of the X670E models that have been announced so far, although it’s a little bit hard to tell, as the company only provided partial specs.

We feel that Biostar X670E VALKYRIE 5.0 motherboard is a high-end gaming motherboard from the BIOSTAR “VALKYRIE” series, with the form type ATX, the socket AM5, and the chipset AMD X670 rather than AMD X670E and is ideal buy for gamers.

The board has a further three M.2 slots, as well as what appears to be an empty M.2 E-keyed slot for a WiFi/Bluetooth module.