AVEVA named in Top 100 Best Companies for Women in India 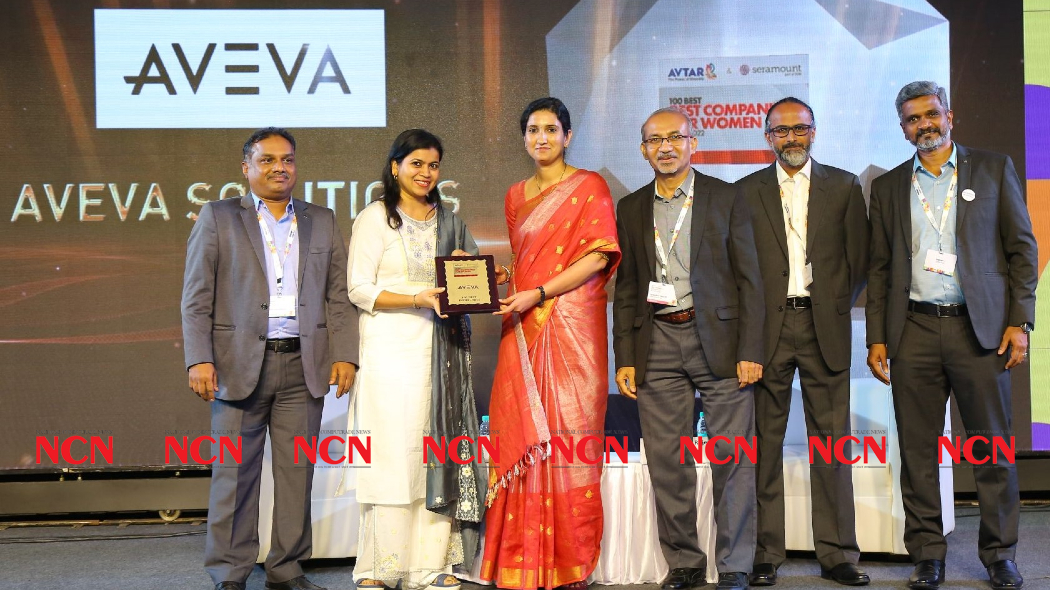 AVEVA, a global leader in industrial software, driving digital transformation and sustainability, has been named as one of the 100 Best Companies for Women in India (BCWI). The accolade was jointly awarded by Avtar, India’s premier Diversity and Inclusion (D&I) solutions firm, and Seramount, a US-based professional services company dedicated to advancing D&I in the workplace.

Now in its seventh year, the BCWI study has established itself as corporate India’s most comprehensive gender analytics exercise. Every edition of the study has extensively surveyed over 300 companies – assessing their D&I practices, programs and policies to ensure gender inclusion in the workplace – to determine the 100 Best Companies for Women in India.

Global industrial tech firm AVEVA made the grade for its notable commitment to women’s inclusion and its establishment of powerful ongoing programs to promote gender inclusivity.

AVEVA’s most prominent women’s equality program in India is EmpowHer@AVEVA, a dedicated initiative to get women and mothers back in the workplace. Women on the EmpowHer program are given the structure, guidance and training they need to return to work after a multi-year career break.

AVEVA’s EmpowHer initiative has been a marked success in India, where around 50% of women leave their jobs to take care of the family and only 27% re-join the workforce after becoming mothers.  The returnship program helps AVEVA untap these available skills and potential, and also drive social equity.

Members of the EmpowHer program will share their stories with AVEVA CEO Peter Herweck during a special roundtable in AVEVA’s Bengaluru headquarters on December 5. Herweck will be on a trip to India to meet with colleagues and business partners, and for a briefing on the company’s India operations.

Lena Milosevic MBE, AVEVA Global Director of Diversity, Inclusion and Wellbeing, said: “In the pilot EmpowHer program, we hired five women across three functions. Their stories were remarkably similar. They’d taken a family-related break, and despite being accomplished and experienced, prejudice and a lack of support were stopping them from finding a suitable position. The program has now gone live across India and we’re looking to snap up more talent. AVEVA is dedicated to getting women into the workplace – and back into our workplace.”

AVEVA India runs a roster of ongoing simultaneous DEI&W (Diversity, Equity, Inclusion, and Wellbeing) initiatives, including workshops that cover unconscious bias, gender inclusion and LGBTQ+ sensitization. The company also takes pride in partnering with a large network of grassroots organizations throughout India to strengthen the inclusivity of its recruitment and resulting talent pool.

BCWI 2022 was launched in February this year, and 351 companies spanning every major industry, geographical location and line of business were amongst the applicants. The application form had around 300 questions and required companies to provide highly granular data on their practices, programs and policies. The study accepted applications from companies (meeting the eligibility criteria of at least 500 employees in India) between February 2022, and August 2022.

Commenting on the survey results, Dr Saundarya Rajesh, Founder-President, Avtar Group, said: “The results of the seventh edition of the Best Companies for Women in India (BCWI), the largest and the most comprehensive diversity analytics exercise in the country, are a glowing testimony to the relentless efforts of organizations in India towards including diversity talent.

Dr. Saundarya added: “There has been an approximate 10% rise in women’s workforce participation from the time of the study’s inception, which today stands at a promising 34.8%. These are the companies that have reaped the fruit of raising the bar in their DEI efforts by way of increased operating profits.

“When the DEI best practices of these role model organizations go beyond their internal cultures to the ecosystem of vendors, partners, customers and community, we will create a society where our future generations can thrive and succeed.”