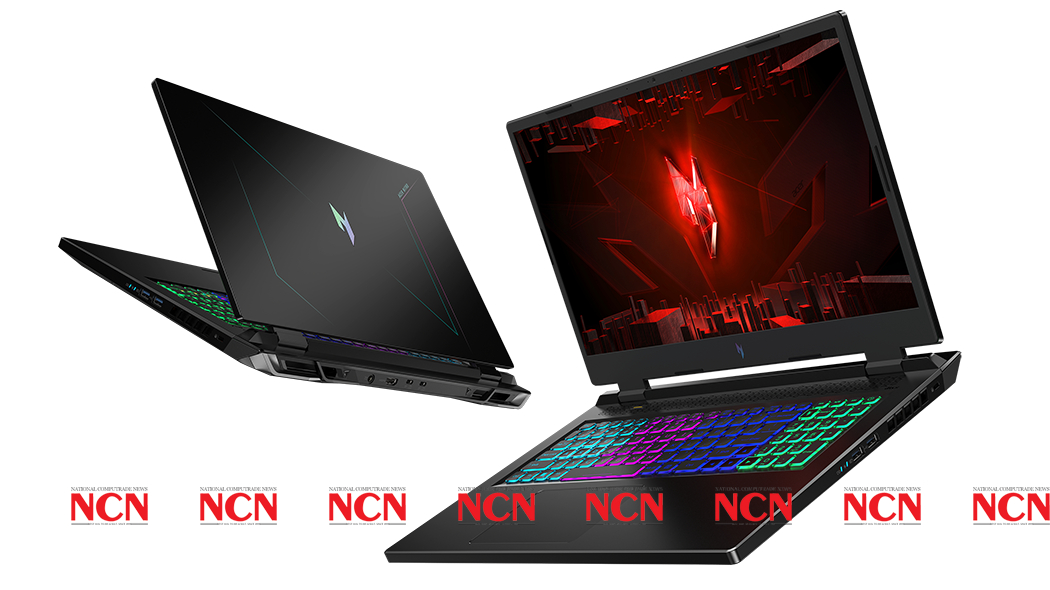 Acer Nitro 17: The Nitro 17 (AN17-41) houses the latest AMD Ryzen 7000 Series processors and NVIDIA GeForce RTX 40 Series GPUs within its slim but solid construction. The 17.3 display comes in either an FHD display with 144 Hz or 165 Hz refresh rates or a quad high-definition display (QHD) with a 165 Hz refresh rate, supported by an 81% screen-to-body ratio for stunning visuals. Its large gaming space is topped off with a massive touchpad (125.0 mm x 81.6 mm) and an RGB 4-zone backlit keyboard that all types of players will be excited to play on.

The two Acer Nitro devices come with up to 32 GB of DDR5 5600 MHz memory[1] and up to 2 TB of M.2 PCIe Gen 4 storage so gamers and content creators can do more at once. The laptops utilize dual fans, four fan outlets strategically-placed at their sides and rear, upper air intake, and are further supported by liquid metal thermal grease to improve cooling. These are also integrated with NitroSense software and a NitroSense key, so users can monitor their systems’ temperatures and easily manage the devices’ performance settings.

Players can fully immerse themselves in-game and while streaming with the laptops’ HD camera, two microphones, and two speakers with DTS:X Ultra for clear-cut audio. The AMD-powered gaming notebooks also provide a full range of connectivity options with an HDMI 2.1 port, a microSD card reader, USB 2.0, USB 4, a Type C USB3.2 Gen 2 display port supporting Power Delivery, and two USB 3.2 Gen 2 ports, with one that allows for offline charging. Each model comes with LAN E2600G and is Wi-Fi 6E-enabled, providing greater bandwidth and faster connectivity for wired and cordless connections. Both laptops also include one month of Xbox Game Pass or PC Game Pass, providing access to hundreds of high-quality PC games.