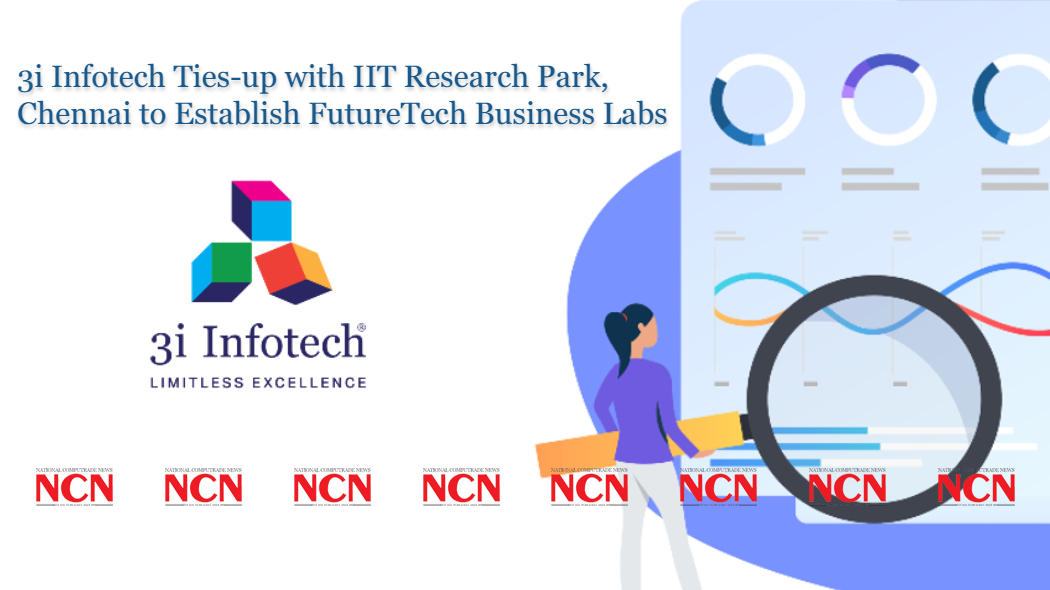 3i Infotech Limited,a global Information Technology company, committed to accelerating business transformation, announced its consolidated financial results for its fourth quarter ending March 31, 2022 and for fiscal year 2021-2022 (FY22). The company also made a series of key updates, which include – in FY22, 3i Infotech has tied-up with IIT Madras to establish FutureTech (earlier NextGen) business labs taking Telecom, Manufacturing, Logistics and Healthcare as a priority sector. The company has initiated setting up of development centers in Tier II / III cities and the first center would be functional in Q1 FY23. 3i Infotech has also invested in partner ecosystem for SASE, edge computing, IoT and EdTech technologies, potential growth opportunities globally in FY23. In tune with the evolving tech landscape and rapid digital proliferation, the company also mentioned that it would help enterprises to be industry 4.0 ready through its service offerings. Apart from BFSI, manufacturing (SMB and midmarket), retail, telecom, media, and entertainment sectors, 3i Infotech will also keenly focus on emerging industry verticals like EdTech, agritech and greentech.

3i Infotech will actively scale its operations across the global business region, which comprises of US, UK, Middle East, and Africa. In US, the company plans to expand its BFSI, telecom, media, and entertainment presence, and in parallel launch their SMB strategy which is NuRe led. In UK, the company wants to lead through telecom, media, entertainment, manufacturing and horizontally via background verification services etc., that are powered by blockchain. Africa is seeing a lot of traction for the company. Middle East will also see substantial expansion and acceleration. Announced during the last quarter, the company has made significant strides around its resident entrepreneur program, which is helping create new platforms, technologies, and IPs for various organisations.

Presently, 3i Infotech has three full time resident entrepreneurs – the first one being in cognitive computing services and advanced AI that is into prescriptive and real time edge analytics; second is from the EdTech space and the third is around the cybersecurity operations/SOC space. Mr. Thompson Gnanam, MD& Global CEO, 3i Infotech Limited, said, “The last quarter has been a buoyant one for us, negating much of the past legacy issues. Now, we can manage our cost predictability much better, and we are clear on the cost structures. We will strive for maximum revenue realization of the new orders booked in FY22-23 and the new lines of businesses are expected to change the revenue / margin mix for us.  As a standalone services company, we will try to be profitable which is the first milestone for us, as we chalk out this way forward plan where we build our own platform and co-exist with services.”