Notebooks contributed to 61 percent of the overall India traditional PC market with a 45.2 percent year-on-year growth as demand continued across both the consumer and commercial segments.

Notebooks contributed to 61 percent of the overall India traditional PC market with a 45.2 percent year-on-year growth as demand continued across both the consumer and commercial segments. This was mainly driven by ultraslim notebooks, which now account for 20 percent of overall notebooks compared to 11 percent a year ago.

Consumer PCs grew 33.7 percent to 1.09 million units, mainly because of promotions and new product offerings with updated specifications and aesthetically pleasing designs. Vendors targeted different use cases and provided schemes such as back to school offers with extended warranties, cashback offers, and no-cost monthly payment options. Vendors launched exclusive models for both online and offline channels too.

“Spending on convertibles and ultraslim notebooks is increasing due to the popularity of lighter form factors that facilitate mobility,” says Nishant Bansal, Research Manager, PC, IDC India.
The commercial PC market grew 23.3 percent to reach 1.17 million units. This was driven by both new and replacement demand from enterprises and SMBs. Public sector demand was driven by the execution of several projects in education and government sector.

“Business sentiment has been improving over the settling of reforms, leading to increased demand from medium and small enterprises across verticals like manufacturing, BFSI, and pharmaceuticals as they look to expand their businesses and technology capabilities,” adds Bansal.
Top 3 Company
HP Inc: HP Inc. maintained its leadership with a market share of 31.6 percent in 2018Q2, with a growth of 6.1 percent quarter-on-quarters and 19.8 percent year-on-year growth. HP Inc.’s convertibles and ultraslim notebooks performed well in large format retail and exclusive stores due to a high decibel marketing campaign during the annual Indian Premier League cricket season. The commercial business for HP Inc. posted a 6.7 percent quarter-on-quarter growth on the back of a few key wins in the education sector, as well as refresh demand across key enterprise accounts from the IT/ITES and BFSI verticals.

Dell Inc: Dell Inc. retained the second position with a 23.7 percent market share in 2018Q2; this was a year-on-year growth of 71.3 percent and a quarter-on-quarter decline of 2.2 percent. Although the company declined 6.3 percent over the last quarter in the consumer business, its ultraslim notebooks registered a double-digit growth as the company continued its focus on high-end devices. Dell Inc.’s commercial business grew 1.2 percent quarter-on-quarter due to its increased focus on a solution-centric approach, selling both hardware and services as a bundle for medium and large businesses in the BFSI, PSU, and IT/ITeS sectors.

Lenovo: Lenovo remained in the third position, with a market share of 18.0 percent with a 36.0 percent growth year-on-year and a decline of 20.6 percent quarter-on-quarter. On the back of brand pull and aggressive pricing, Lenovo managed to remain largely flat in the consumer PC market in 2018Q2. On the commercial side, incremental demand from global accounts and small-medium enterprises contributed to Lenovo’s commercial volumes. However, the company declined by 33.2 percent quarter-on-quarter due to the lack of execution of manifesto projects.
IDC anticipates the overall traditional India PC market to grow sequentially in Q3 2018 due to seasonality and aggressive efforts from ecosystem players to meet the demand. “The consumer market is expected to take-off in the coming quarter as consumer confidence on discretionary spending should remain positive during the upcoming festival season,” said Navkendar Singh, Associate Research Director, IDC India.

Commercial spending due to both new and refresh demand by large and medium enterprises are expected to continue, led by the education, BFSI, and IT/ITeS sectors. The public sector is also expected to utilize allocated budgets for the new financial year, continuing with the execution of state manifesto projects. 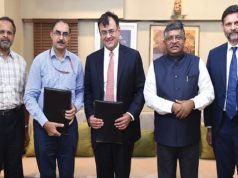 Transform India through the Power of Technology 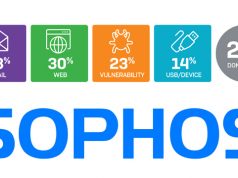 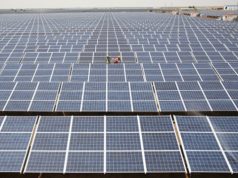