Ericsson announced the appointment of Paolo Colella as new Head of Region India.  In this new role, Paolo will also take a seat on Ericsson’s Global Leadership Team, reporting to the Chairman of Region India and Senior Vice President Asia-Pacific, Mats H Olsson. Paolo succeeds Chris Houghton who will assume the role as Head of Region North East Asia.

President and CEO Hans Vestberg said,” Chris has successfully managed Ericsson’s operations in India during his two year stint in the country and enabled the India operations to grow into the largest employee base for Ericsson in the world. Paolo takes charge from Chris at a time when Ericsson in India is well poised for growth and team in India is fully geared to leverage the new market opportunities and contribute to the growth of the Indian telecom sector.”

Paolo Colella, who assumes his new role effective September 1, 2015, has been responsible for Ericsson’s Consulting and Systems Integration practice globally for around six years. Prior to this role, he worked as Executive VP Sales and Marketing at Ericsson United Kingdom (UK), responsible for managing both Telco and non-telco customers in UK. Paolo joined Ericsson in 2001 as Vice President- Global Services at Ericsson Italia and since then has held different positions within Sales and Marketing, Services and Key account management. Across his various roles, Paolo has helped Customers transform their operations by fully leveraging the benefits of digital and mobile technologies as well as innovation.

Paolo Colella said: “I look forward to joining the team in India and continue the work to build strong partnerships with our customers in what is undoubtedly one of the most exciting and fast developing markets in the world.”

Ericsson’s partnership with the Indian telecom industry started over 110 years ago; supplying manual switchboards to the Government in 1903. Since then, it has powered virtually every facet of telecommunications in India. Ericsson leads in Mobile broadband technologies, Managed Services and OSS/BSS in India. Ericsson has over 21,000 resources in India and offices across 38 locations. Ericsson has a well-established manufacturing unit, a Global Services organization and state of art Research & Development facilities located in various parts of India. 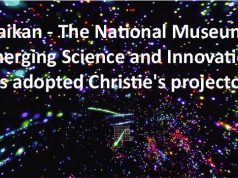 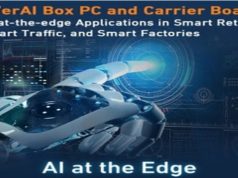