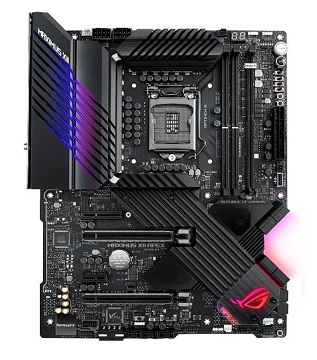 Marking a new performance milestone, overclockers took the Intel Core i9-10900K all the way up to 7.7 GHz frequencies on all 10 of its cores. Because of the ongoing global situation, ASUS was unable to host its traditional overclocking gathering this year, so instead a smaller session took place at the ASUS headquarters in Taiwan — with local overclockers Jon ‘Elmore’ Sandström and Pieter ‘Massman’ Plaisier working alongside internal ASUS experts. Using a liquid-helium setup, the group managed to shatter the Intel Core architecture frequency record, the single-core Geekbench 4 record, and took global first-place positions in 10-core categories for Geekbench 3, Cinebench R15, and wPrime 32M.

Throughout the testing period, ASUS also worked with pros both near and far who flexed their prowess in a variety of benchmarks. Overclocker ‘bianbao’ leveraged the combined power of G.Skill and Intel to hit a new DDR4-memory-overclocking-frequency record of 6666 MHz. Intel’s edge in gaming and graphical performance were shown off by both ‘rsannino’ and ‘Rauf’ who broke 3DMark records: ‘rsannino’ took the 3DMark06 overall world record, and ‘Rauf’ smashed the single-GPU score for version 11. Showing the breadth of the platform, ‘keeph8n’ raked in a few records including Geekbench 4, Cinebench 2003 and GPUPI 3.2 100M. By far, the most accolades went to ‘safedisk’: four world records and seven global first place scores, including Cinebench R15, both HWBot x265 benchmarks, both wPrime scores, and both Super Pi records.